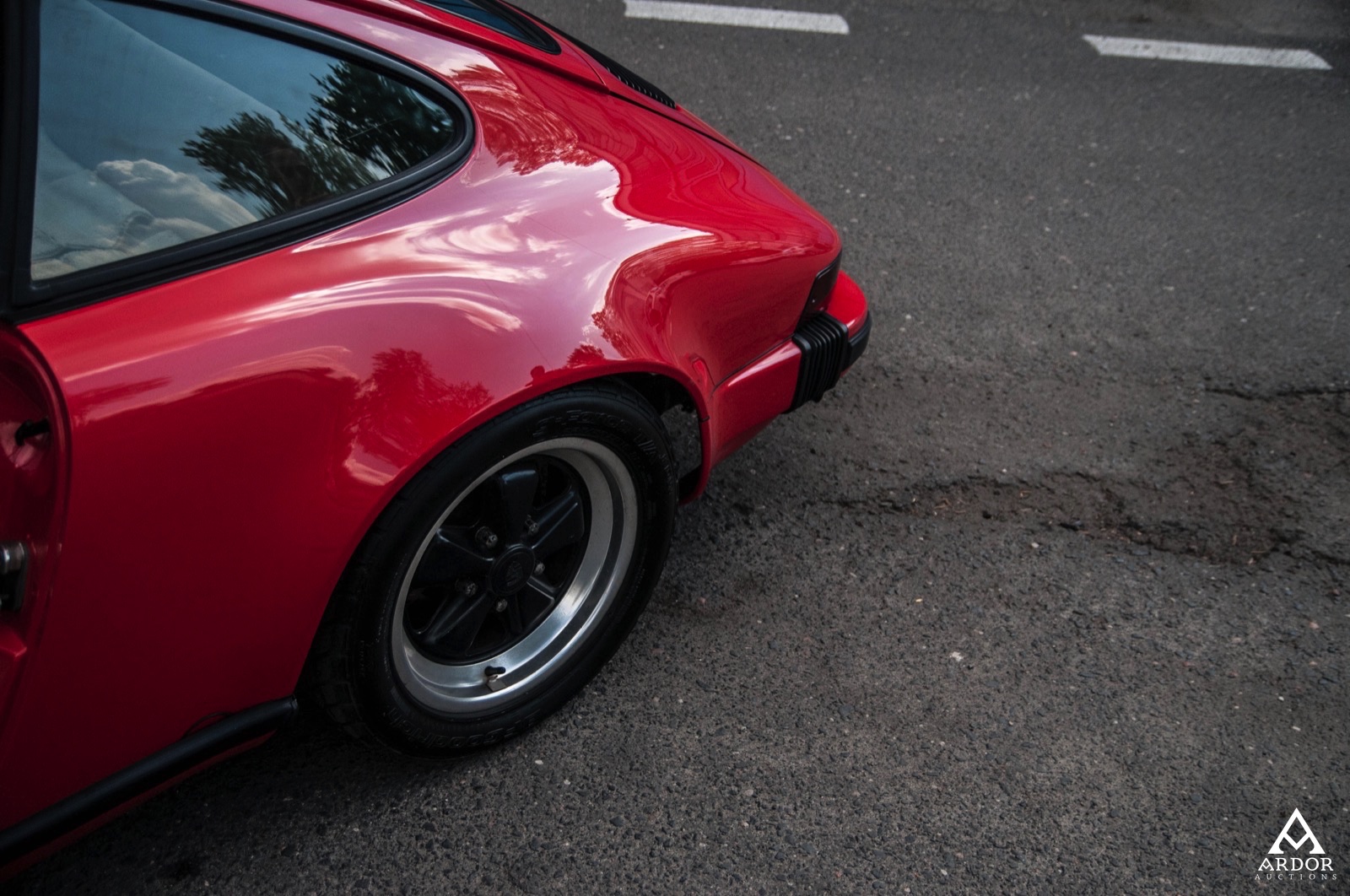 The 911 3.0 S.C. was launched in 1977. It was an evolution of the first generation of the legendary 911. Model range was reduced to just two versions. Apart from the Turbo, which was launched three years earlier, customers could choose an SC version, which replaced both the 911 Carrera and 911 Carrera S. SC stood for “Super Carrera”. The new version was powered by a three litre, horizontally opposed engine. Initially it produced 180 BHP. For model year 1980 power was up to 188 BHP, whereas from 1981 to 1983 it rose to 204 BHP. The engine was praised for having plenty of torque low down.

The SC version was distinguished by wider body and standard ATS wheels. The optional sport pack offered for example in the UK included i.a. Fuchs alloy wheels with low-profile tires, front bumper tip and a large back spoiler, often referred to as “whale tail”. All of the aforementioned options were also available separately. The car was fitted as standard with chrome finish (e.g. on the window lining), but a black finish was also very popular among customers.

From model year 1978, the body was galvanized. The three litre version was usually combined with a five-speed manual gearbox. Initially, customers could also specify the car with an automatic “Sportomatic” gearbox, but it was dropped in 1979.

The S.C. version was the first 911 to be fitted with power-assisted Hydrovac brakes, which was instantly criticized by the purists. According to them, servo took away some of the brake pedal feel.

Production of the SC ceased in 1983. At first, the 911 was supposed to be replaced with the 928, but the demand for the old car was 50 per cent higher than for the potential successor. As a result, both cars were offered simultaneously.

The 1983 Porsche 911 SuperCarrera featured at the Rozalin 2016 auction was originally destined for the US market. It comes with American service books and proven maintenance record. In 2014 it was shipped to Poland, where it was thoroughly restored from the ground up, retaining its original specification. The bodywork was completely restored, as was the upholstery, which gained new leather, carpets and stitching. Many plastic elements on the interior were refreshed, but some of them were still in good shape didn’t need any work. Engine has been completely rebuilt in 2016. The car comes with a set of lights and plastic parts of the bumper from the European spec model. This means its prospective owner will be able to keep the car in its fully original state or fit it with more attractive parts from the European model. This car is a one-of-a-kind opportunity to get hold of a restored Porsche 911 SC in a hugely desirable colour specification.