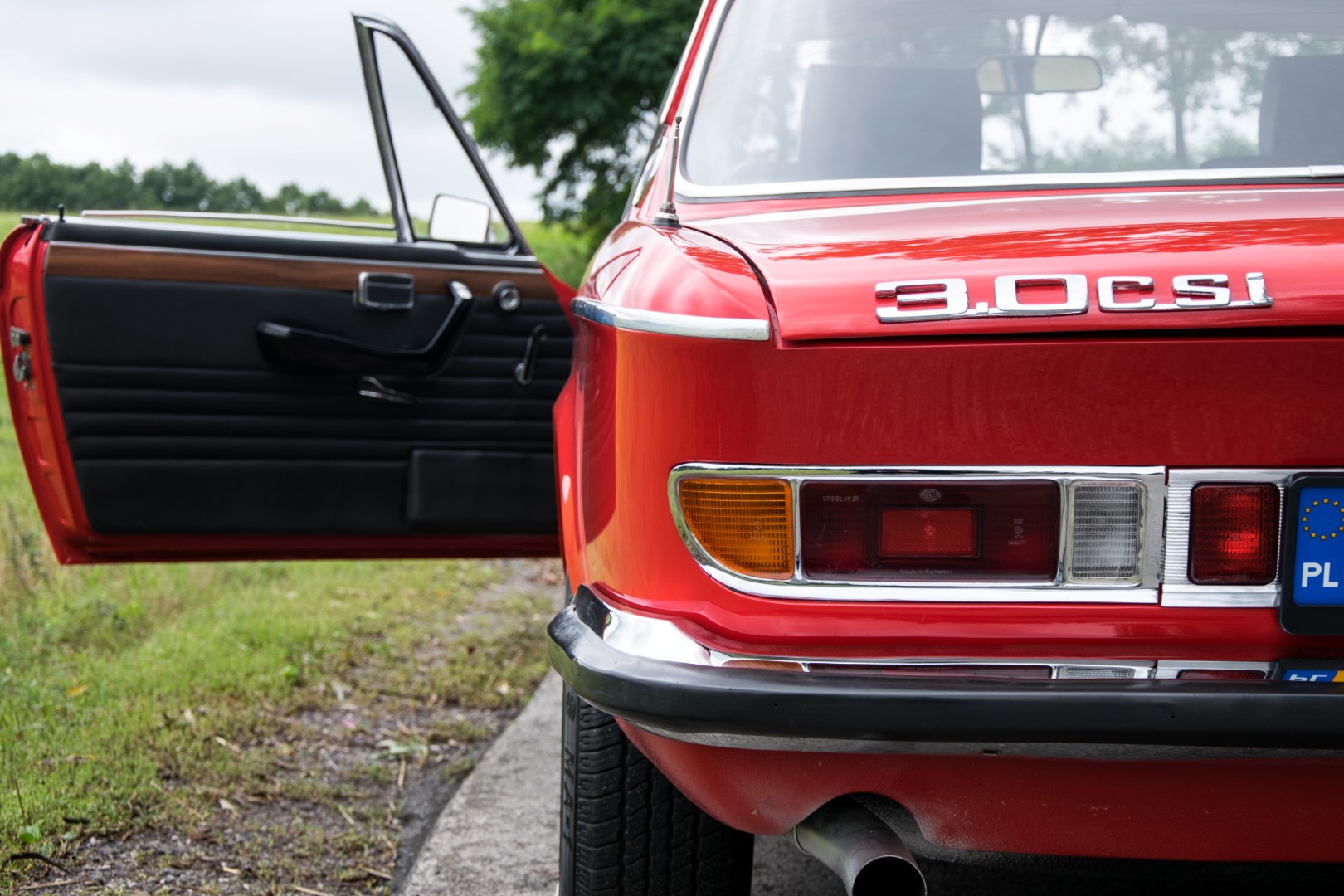 Post World-War II crisis in Europe was not a great period in BMW’s history. The brand only offered large, expensive and luxurious models, which weren’t as profitable as they were supposed to be, or microcars powered by motorcycle engines, which were decreasing in popularity. To try and solve company’s financial problems (at one point even Daimler Benz considered acquiring it), a decision was made to start working on a new mid-class model, which would still retain comfort and elegance of bigger cars, only at a much more attractive price tag. The effect was a line-up of cars known as the Neue Klasse (German for New Class), which helped BMW recover from financial trouble and established its market position and image. The E9 was a successor to the 2000CS. It was based on the four-door codenamed E3, which was powered by a six-cylinder, straight engine dubbed M30. Initially the only model offered on launch in 1968 was the 2800CS. It was an extension of the CS line – an elegant vehicle with a dash of sportiness. Customers could choose between a four-speed manual and a three-speed automatic. The E9 grew in size compared to its predecessor, thanks to which its engine compartment could house a much bigger power unit. Despite this, the car was lighter than the 2000CS models, which improved performance. Significant changes were made in 1971 when 3.0 CS and 3.0 CSi models were launched. The engine was bored out and fitted with either twin-carburetors or modern fuel injection made by Bosch (D-Jetronic). In May 1972 BMW decided to make a homologation special called 3.0 CSL. “L” in its name stood for leicht, German for “light”. Only 1265 examples of this version were made, making them a rarity on the collector market. Total production volume of the E9 reached 30 546 examples, 7935 of which were 3.0 CSis and 207 were right-hand drive..

The BMW E9 presented in the Ardor Auctions’ autumn catalogue left the Munich factory in 1973. It’s a 3.0 CSi model equipped with a fuel-injected engine developing 203 break horsepower. This particular example has a manual transmission. It was imported from Germany at the end of 2012. Its new owner decided to have it completely restored. The car was disassembled and its body was fully restored in a careful manner, so that E9’s complicated and fragile structure was not affected. It retained its rare original paint colour dubbed Verona Rot. Closed steel sections were protected against rust with special anti-corrosion agents. Interior was fitted with new seat covers and a black rear bench. Wooden elements were restored. The car comes with a Blaupunkt radio from the period.

It is becoming increasingly difficult to find a restored Bavarian coupe for a reasonable price. This red E9 with a fuel-injected engine and a manual gearbox is a real find for fans of the brand and for collectors of sporty, stylish coupes. Our offer is a perfect opportunity to purchase it at an incredibly attractive price by standards of European and American markets.