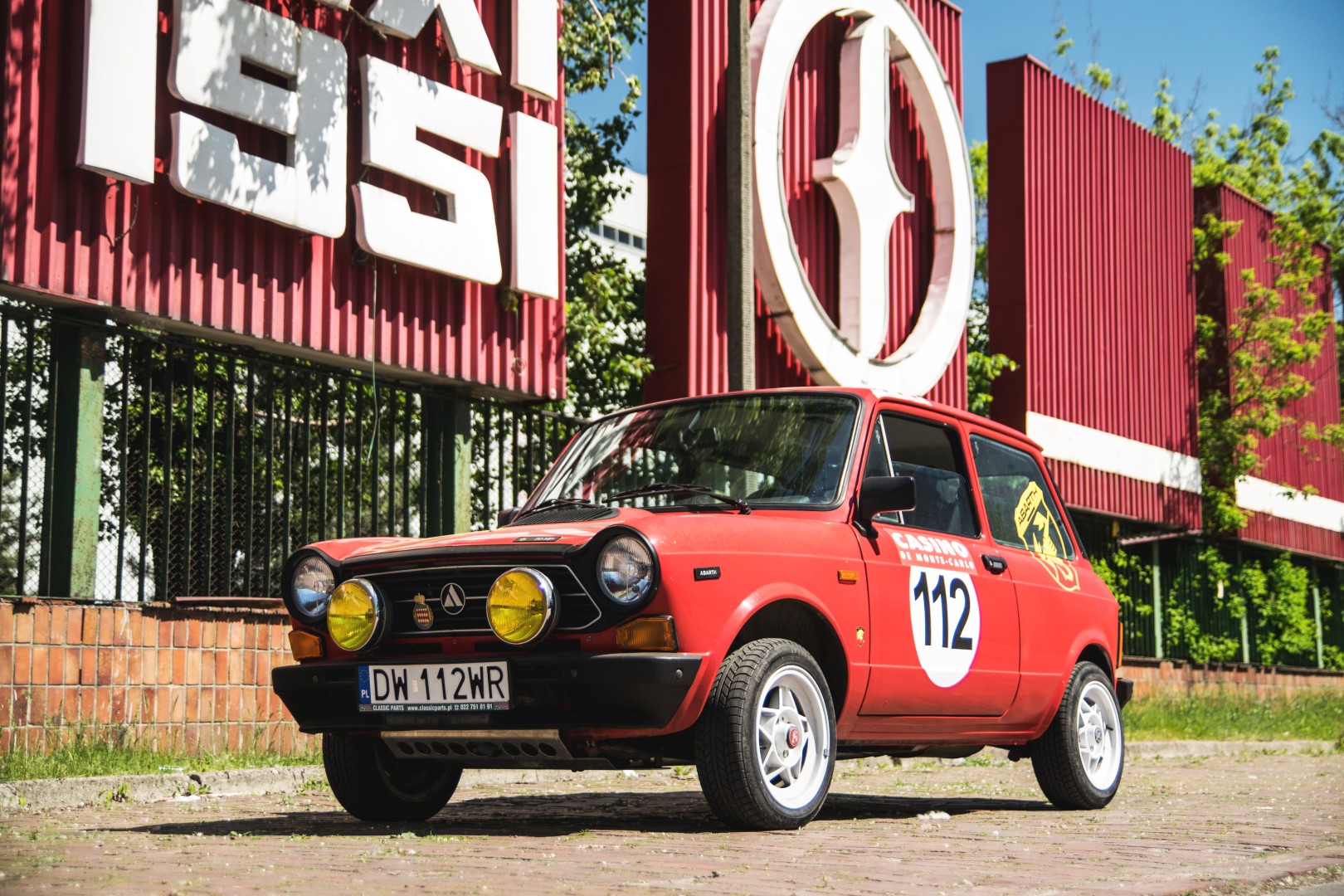 The history of the Autobianchi brand reaches back to 1955, but the year 1967 was crucial for the brand, as it was then acquired by Fiat, the largest Italian automobile producer. Under the management of the Torino automotive giant, Autobianchi became a proving ground for Fiat’s engineers. The A112 model is a very good example, being a test platform for a number of technical solutions later implemented in new Fiat models. At the beginning of 1970s, the A112 was a state-of-the-art model. The compact body and transversely-mounted front engine was not a obvious layout at that time. The car features some similarity to the famous British Mini. The A112 was a prelude to the introduction of the Fiat 127, which became a record-selling model in Italy. The early Autobianchi models were powered by engines known from Fiats, basing on a small serie 100 engine. It was a four-piston engine, featured after some modifications in the A112 model in two versions: 903cc and 965cc. No Italian car model, of course, would be complete without a sports version. This was the Abarth, featuring a scorpion logo and nicknamed „a pocket Ferrari”. The production of the Abarth version started in 1975. It was powered by a slightly larger 1049cc engine with 70 BHP, which, coupled with a small 3-door body, ensured sports driving performance. The car was relatively easy to service and drive. Owing to those characteristics, a number of examples of the A112 competed against larger and more powerful models in rallies. Several famous Italian drivers such as Attilio Bettega, Fabrizio Tabaton, Franco Cunico and Michele Cinotto started their racing careers in the A112. The history of the model ended in 1985. The A112 has gained a cult following, not only in Italy but also abroad. The Abarth models, particularly those in a good condition, are now rare. Over the years, they served Italian race drivers as the mainstay and beginning of their racing adventures, and for some time have been enjoying some interest on the collector market.

The car offered in the 1 July auction is an example of the most powerful Abarth version of the A112 model. The car was made in 1979 and was in the possession of one owner for many years. Upon his death, the car was inherited by his son, who decided to have the car renovated. Unfortunately, the process turned out to be beyond his capabilities and the car was imported to Poland as a renovation project. The car body was repaired and repainted from navy blue to red, as more fitting a sports car. The paint job was adequately done, now it needs some corrections and polishing. The interior shows some signs of use, the driver’s seat was replaced by an 1980s sports version. The car has been very well prepared in mechanical terms. The engine starts without any major problems and makes this vigorous mini car able to keep pace even with newer models. One of the huge advantages of this car is the fact that all the emblems and Abarth version markings are intact, which increases its collector value. Currently, it is difficult to find an Abarth in a drivable condition on the Italian market below 8000 EUR, which makes this offer interesting. The car would be perfect for a person who wants to start participating in historic rallies or just would like to get a feel and experience of a hot-hatch made before the 1980s.