The car with an interesting past, and a real monument of history of the 20th century, brought in in the original condition from Vietnam.

The car imported to Germany 24 years ago, after the customs clearance in 1991, with copies of documents of the department of communication in Vietnam, stored in a garage. It was never registered in Europe. Due to the lack of European documentation, except for the customs clearance, it is suitable for registration as a historical vehicle. 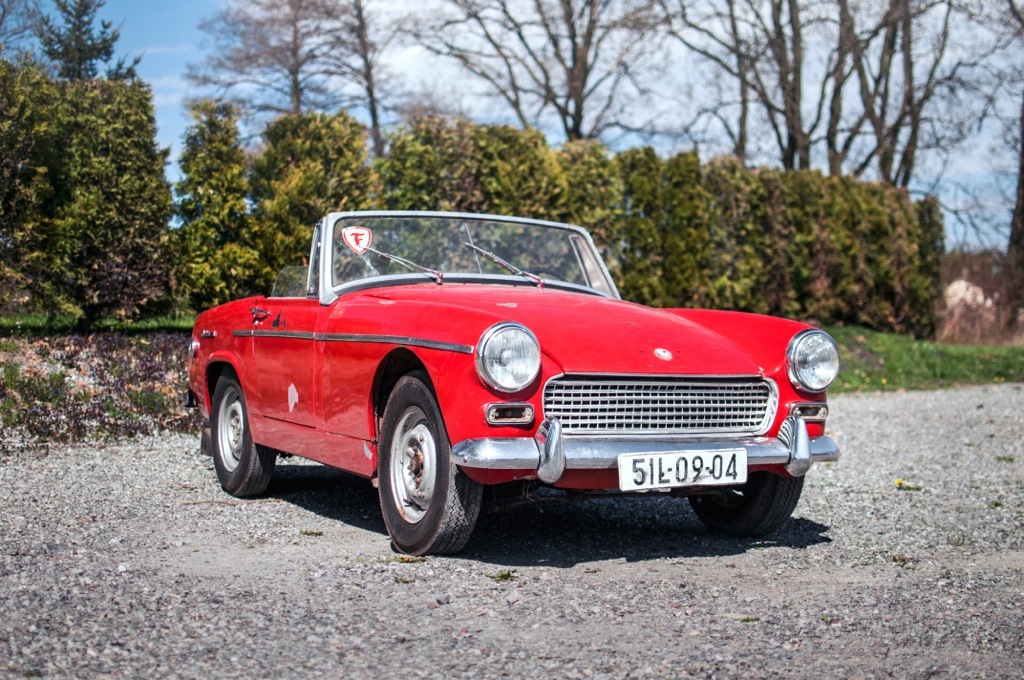 History of the model

After its premiere in Monaco in 1958, Austin Healey Sprite Mark 1 has been considered a symbol of what a lightweight English roadster should really be. Its unusual front, the so-called frogeye, has become a permanent feature of our pop culture, and this “nice English car” is recognised by almost anyone who had opportunity to watch British films or series.

Frogeye proved to be an immense market success and in 1961 British Motor Corporation introduced its successor, the Mark II version, whose further modernisations (Mark III and Mark IV) retained the same form of the body. Sprite Mark II is simply a small convertible, weighing below 800 kg, fitted with a four-cylinder BMC Series A engine. In this version, Mark II offered 56 HP, with 59 HP in Mark III. Sprite Mark II-IV had a twin vehicle: MG Midget. Both cars were produced in the same plant in Abington. Better rear suspension, slightly rounded front windshield, and mechanical changes, including the modernised crankshaft and engine block of better design, very positively affected the culture of operation of the mechanical features and comfort of travelling in Sprite Mark III. This version was produced from 1964 to 1966. The production of Sprite was discontinued in 1971 with the final Mark IV model, with a larger, 1.2l engine. It is now a car very much sought after by enthusiasts of small English convertibles and roadsters.

History of the offered car

AAustin Healey Sprite Mark III of 1965 offered by Dom Aukcyjny Ardor Auctions has extraordinary history: it was imported from Vietnam to Germany in 1991. It is possible that this Austin was used in this country from the time when it was brand new. The automotive milieu in Vietnam in 1960s was very eclectic, despite the war chaos in the country.

It was partly due to American soldiers who could import cars the United States, from typical boats of cars to English sport cars, such as Jaguar E-Type. On the other hand, the French were there. The most popular taxi cab in Saigon in 1960s was Renault 4, and Citroen Traction was one of the cars most often used by the Indochina administration in 1950s. The British automotive industry was also strongly represented. There are records of American war veterans buying new Austin Healey cars from a Saigon dealer and bringing them back home to the United States. Still, Austin Healey was rather a titbit on the streets of this country than a commonly seen vehicle.

Austin Healey Sprite offered in the auction on 26 April is in the original condition. Good preservation of paint is apparent, despite many years of the car not being in use. It is interesting to note that copies of Vietnamese documents are provided along with the vehicle, which confirm its red colour and give more details. 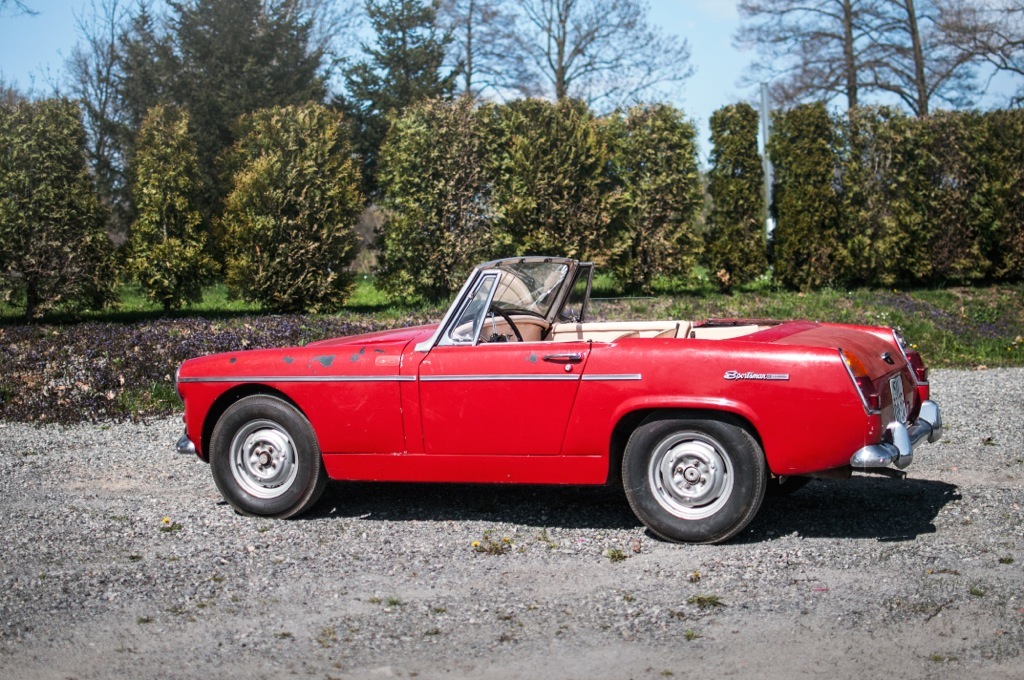 Moreover, Sprite still has her original Vietnamese licence plates. Another interesting fact is that the car is the so-called four-seater-conversion, and has at present four seats, while Sprite was sold in European and American markets as a two-seat roadster.

Despite problems with access to spare parts, only some elements were replaced with Russian parts, like the front lamps which sport CCCP insignia. Sportsman badges on the rear wings came from the American Dodge Sportsman Van and are an interesting form of beautifying the car by one of its owners in Vietnam. Austin Healey is a car intended for complete overhaul, including body and paint work. The sheet plate was well preserved, and mechanically, the engine can be started. The interior is good and complete apart from surface stains, which no doubt is a clear advantage as compared with other Sprites which may be purchased in other countries. Sprite has a damaged front windshield, and the tarpaulin roof is missing. The offered car was never registered after its importing in 1991.

Well restored or preserved Sprite Mark II-IV cars may be acquired from £8,000 to £11,000, whereas those in perfect condition would mean market prices in excess of $20,000.

The car offered in the auction is an interesting base for renovation, among others due to its history, or an interesting source of parts for restoration of another car of this make. 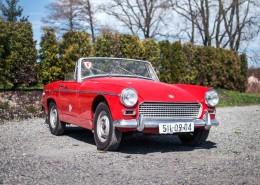 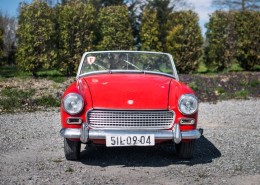 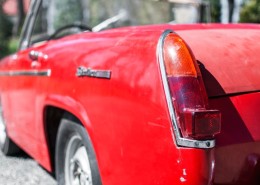 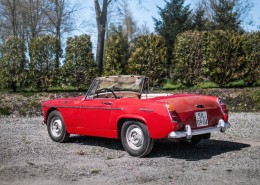 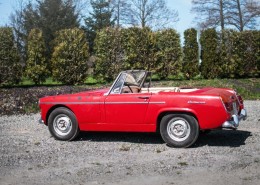 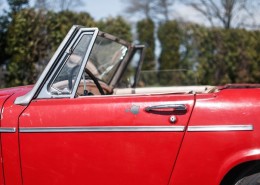 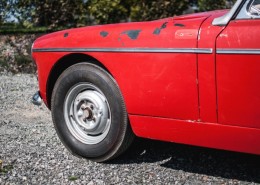 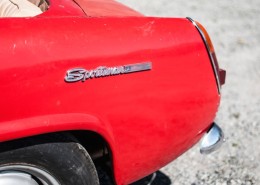 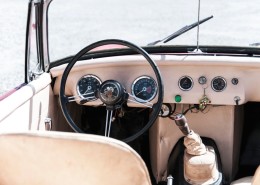 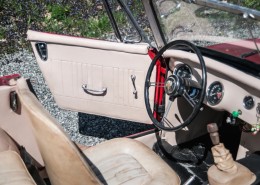 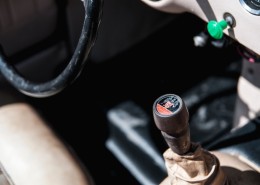 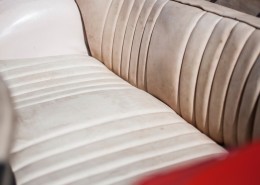 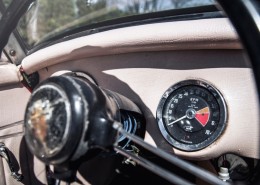 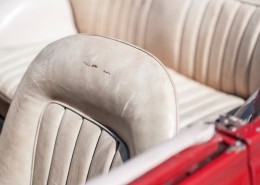