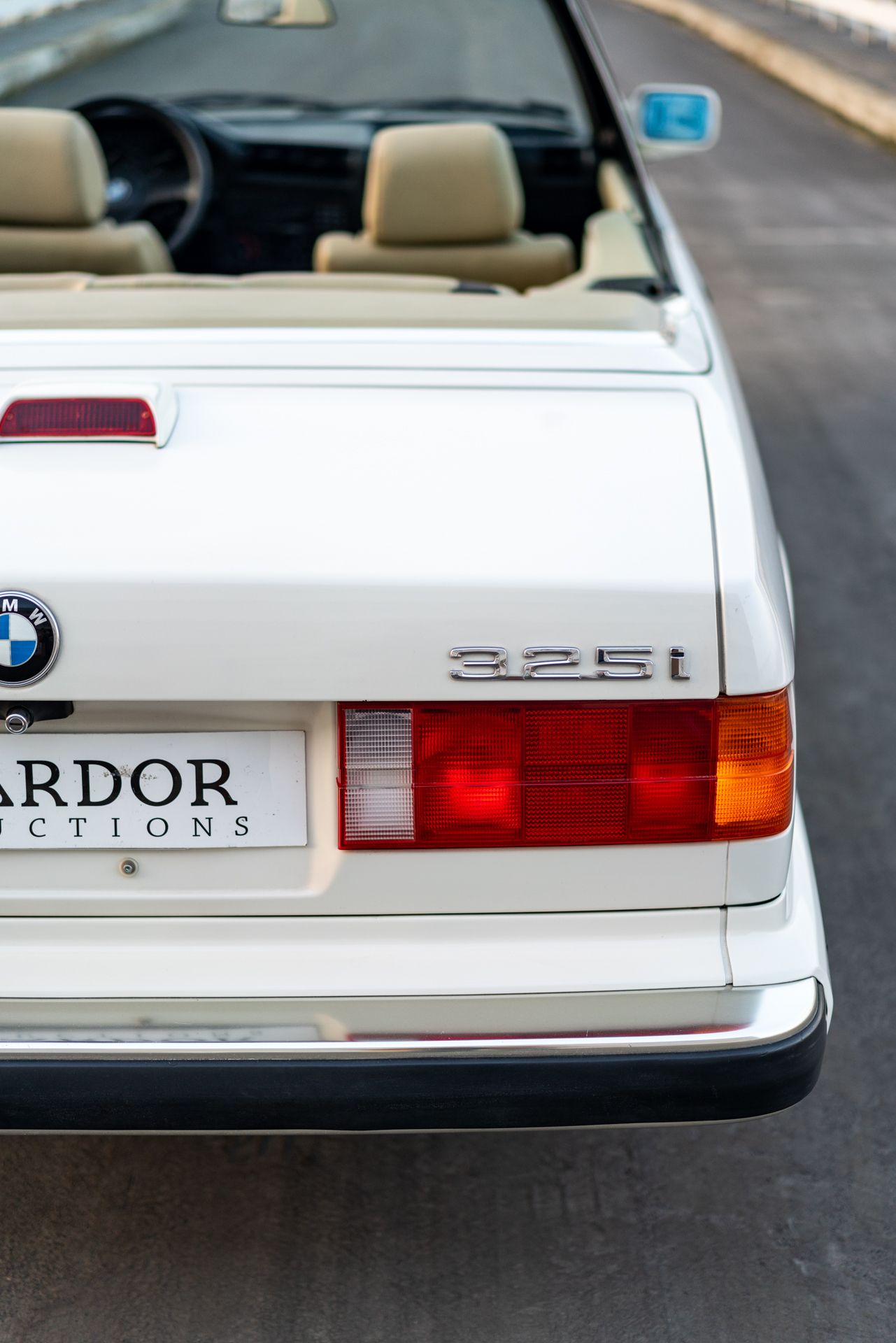 – The most powerful engine variant

– The car was serviced and restored in Poland

The BMW E30 series is the most iconic generation of the 3 Series from Munich, with roots in the successful Neue Klasse car family, which defined the DNA of the Bavarian brand for many following years, especially in the line of streamlined and sporty sedans of the 02 series, marked with the factory code E10. In between, there was also the E21 series, which introduced six-cylinder engines, but offered only one two-door variant of the body. The E30 took everything that was the best from its predecessors and at the same time developed its segment in a more utilitarian and universal spirit. A wide range of engines included R4 and R6 gasoline and diesel engines with displacements ranging from 1.6 litre to 2.7 litre (with the exception of the ultra-rare North African 333i). They were installed in several different bodies, the line-up of which included a classic sedan with two or four doors, a full convertible or the Baur variant, as well as a station wagon, dubbed “Touring” by the company. The most important characteristic of the BMW was its excellent handling, giving the driver a sense of nimbleness and full control thanks to the right balance of the car’s structure and suspension tuning. Great ergonomics and the quality of the car’s elements are a source of haptic pleasure from contact with the car. The legend of the model was also built by the M3 high-performance variant, which to this day remains the most successful sports vehicle ever produced by the company. The E30 debuted on the market at the beginning of the 1980s, in the era of economic prosperity, becoming one of the favourite cars of yuppies and an unquestionable icon of the style of its decade.

The Alpinweiss BMW 325i was imported from sunny California, which is reflected in the excellent condition of the chassis and the car’s body. The mileage of 140,000 miles is confirmed by Carfax. The car probably had two owners and sat unused for some time. After getting imported to Poland, it underwent a full inspection, which included, among other things, the replacement of the valve train. The seats and the back seat were reupholstered with leather matching the colour of the original upholstery. The roof was also replaced. The car was already resprayed in in the past, and the current paintwork looks quite good. The BMW is well-equipped – it features power steering, central locking, electric windows and mirrors, cruise control, on-board computer, air conditioning and ABS. Interestingly enough, despite the fact that the car comes from America, it has a manual transmission and a limited slip differential. Such a combination is considered to be the best, particularly in the context of six-cylinder E30s. Despite the production run of more than ten years, it is becoming more and more difficult to find properly maintained vehicles with interesting specifications and powerful engines, because these cars were often converted to take part in amateur races or were destroyed in accidents. The white convertible is very eye-catching and brings to mind the film atmosphere of the 1980s on the West Coast of the USA.
[/av_textblock]