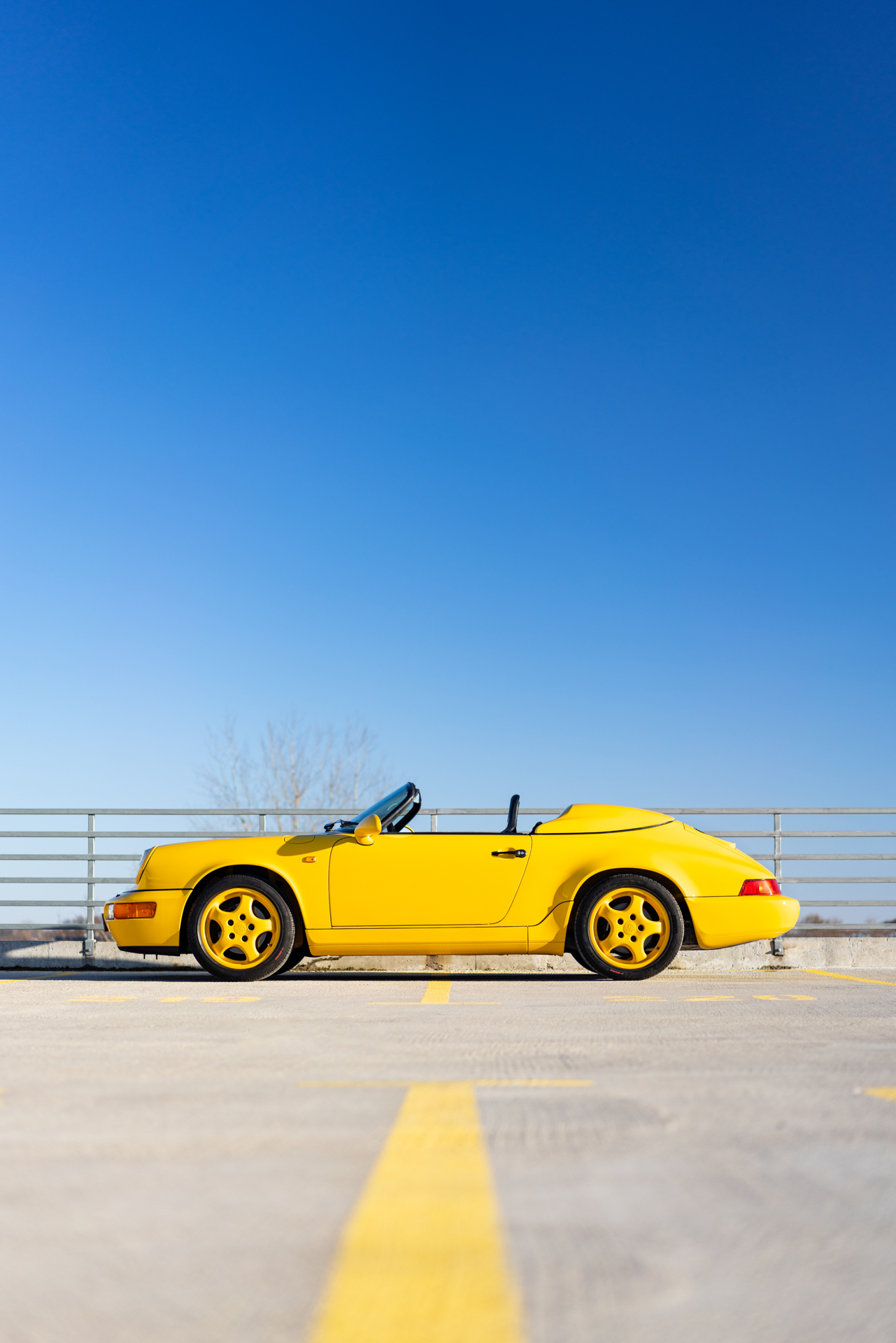 – Car from the european market

At the end of the 1970s, Porsche planned to stop the production of the 911 model and replace it with freshly released 928, which was characterised by state-of-the-art design, but at the same time was radically different from the 911. The 928, with its powerful transaxle V8 engine, belonged to the gran turismo class, rather than light and simple sports car class, which the 911 was the embodiment of. In the end, however, the company did not go for that risky step, and the sophisticated 928 did not become a market hit. The 1980s saw some further development of the 924/928 models, but customers mainly associated the brand with the legendary 911, which at the time was already stale and required some updates. The 964 saw the light of day in 1989 – and it did not bring a visual revolution. The iconic line of the car’s body remained the same, but the style became more synthetic thanks to the smooth edges, limited decoration and fully painted body parts. The new owners could, however, enjoy some rather significant changes in the drive train department. A traditional six-cylinder air-cooled boxer remained at the heart of the vehicle, but its displacement was increased to 3.6 litres. All-wheel drive was also introduced as a response to allegations about the difficult handling of the car, which was known for oversteering during driving. The 964 was available as a standard coupé, targa and a convertible. The Turbo variant received a separate codename – 965. Porsche also released a number of limited editions, including Jubilee for the 30th anniversary of production, the light Carrera RS and the exciting Speedster.

The “Speedster” idea dates back to the 356 model. The lower-cost, somewhat spartan open-top version was a huge success in the United States. It featured a low, raked windscreen, bucket seats and minimal folding top. The 964 Speedster followed the same concept and is a kind of a hybrid between the standard cabriolet and the special RS version. It is powered by the basic Carrera 2 engine, but the equipment was limited due to safe weight. Speedster’s landmark is the aerodynamically shaped body panel, that covers the manually operated soft top. The sole purpose of the extravagant design was to give the ultimate and visceral driving experience. Porsche planned to build about 3000 units, but eventually only 936 cars were made. Almost half of that volume had been exported to America. This particular yellow 964, that is the star of the spring auction, comes from the very valuable private collection. This is a european example with the manual transmission and the strripped down interior trim in the RS style. The odometer shows a little more than 11 000 kilometres. Porsche still clings to the Speedster philosophy, but the production numbers are extremely low and the classic types rarely come up for sale and are sought-after by connaisseurs.
[/av_textblock]