The Ford Mustang is an absolute icon of American motoring. It went into production in 1964 and was based on another model from Ford’s lineup – the compact Falcon. On April 16th in 1964, the day before official launch, a special advertising clip was broadcasted in nationwide television. It reached almost 30 million viewers. On the first day of sales, customers ordered 22 thousand Mustangs. Such a huge sales success was unheard of at the time. The car became part of the popular culture, starring in hundreds of films and music videos. Over the years the Mustang was changed and modified, but its legend lives on to this day, a fact proved the popularity of the current, sixth generation model. The Mustang offered by Ardor Auctions left the factory in the United States in 1965 as a convertible version. Before it arrived in Poland in 2001, it underwent a paint restoration in its homeland. Its new owner decided to hand it over to one of the most renowned and experienced workshops in Warsaw area specializing in vintage cars. The Ford underwent a thorough mechanical inspection and bodywork repair, including replacement of floor panels. The vehicle was used for about 2 years and was then moved to a warm and dry garage, becoming a part of a constantly growing car collection. At the beginning of 2017 the car underwent a complete mechanical inspection in a workshop servicing solely 1960s Mustangs. It was also inspected with safe and trouble-free driving in the future in mind: an oil change was performed, steering and braking systems were inspected, consumables replaced. An interesting touch enriching the car is the upholstery from the pony package, which was an optional extra. “Turquois” Mustang is a thoroughbred pony car. Folding roof will let one fully enjoy warm and sunny days, whereas the mighty V8 engine will ensure appropriate performance and unforgettable sound. First generation Ford Mustang was manufactured through 1973, but the earlier models are the most appreciated for their attractive styling and classic body shape and an air of freedom, symbolized by its name. This “wild horse” will not look out of place in any car collection. 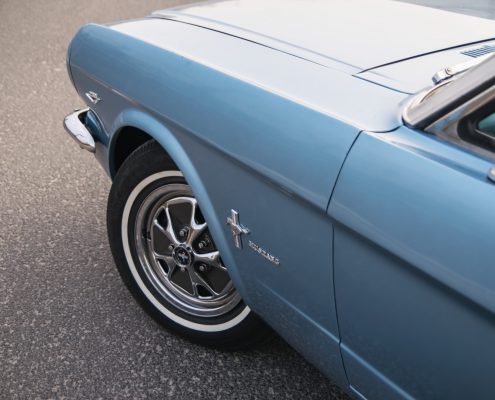 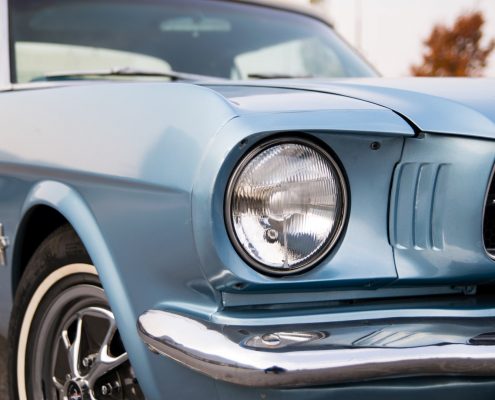 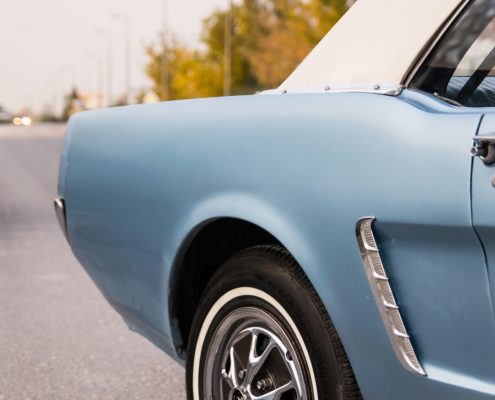 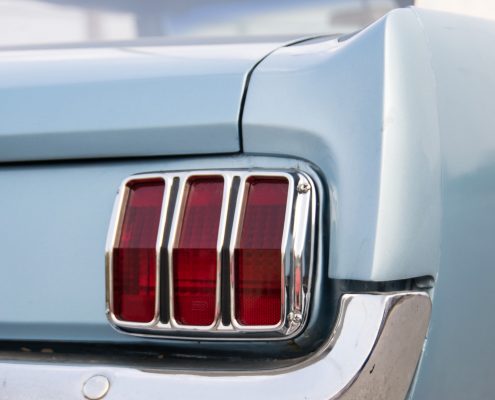 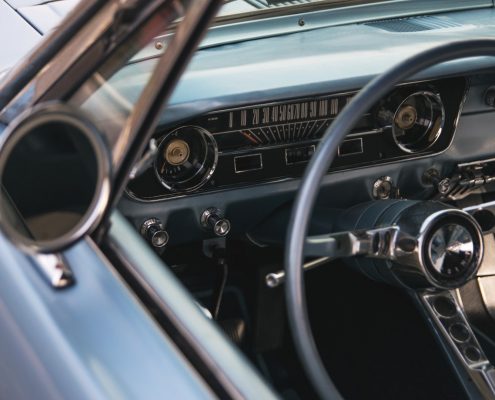 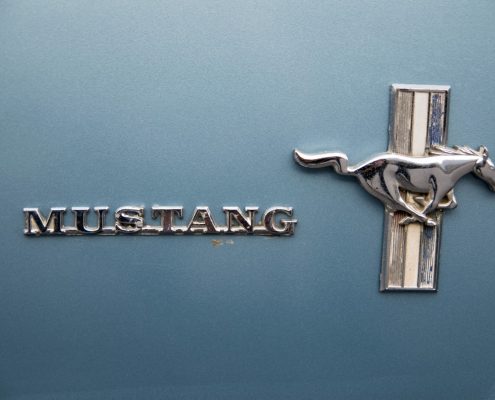 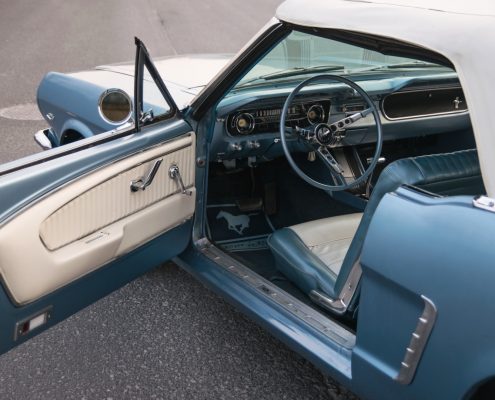 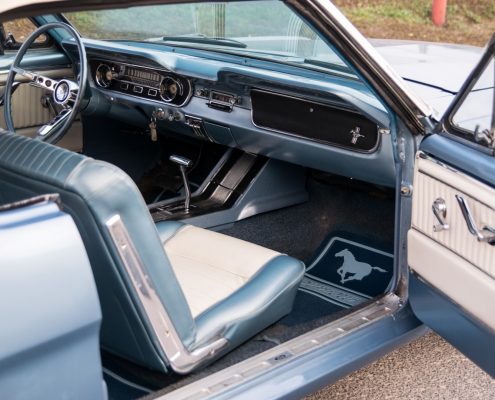 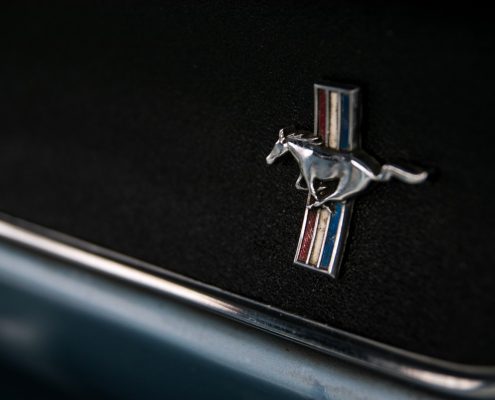 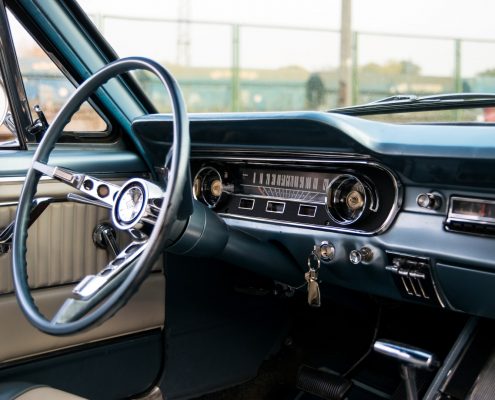 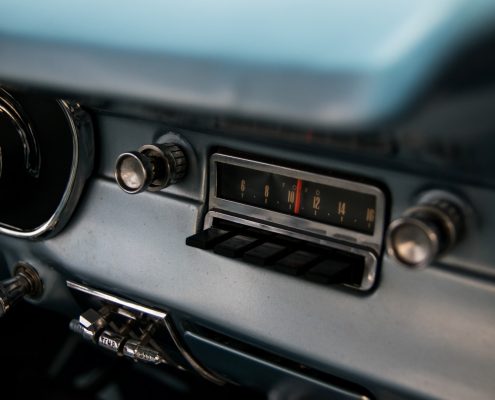 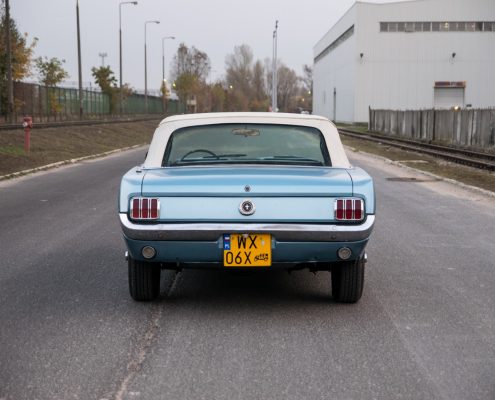 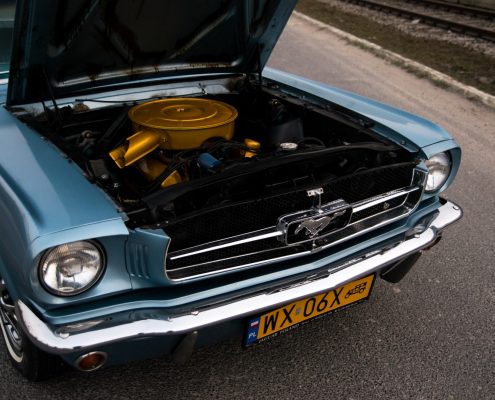 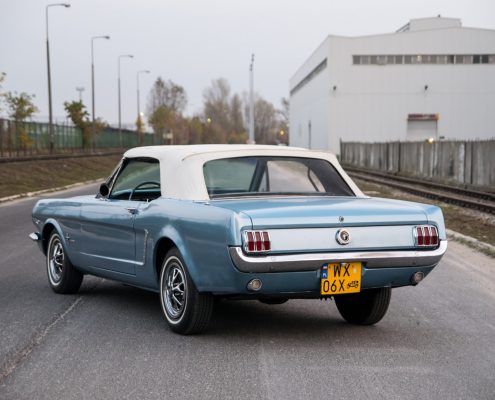 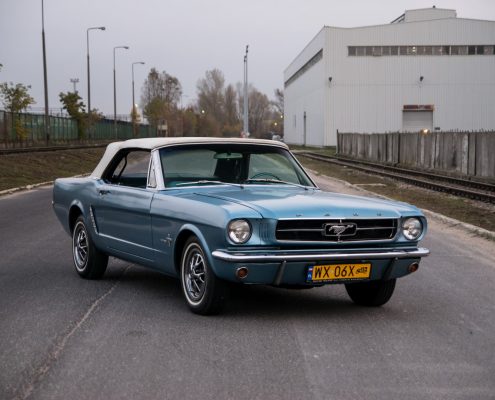 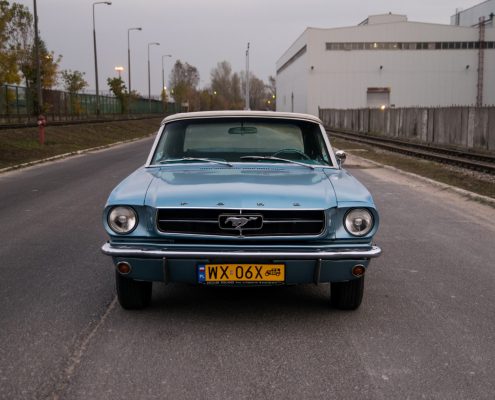 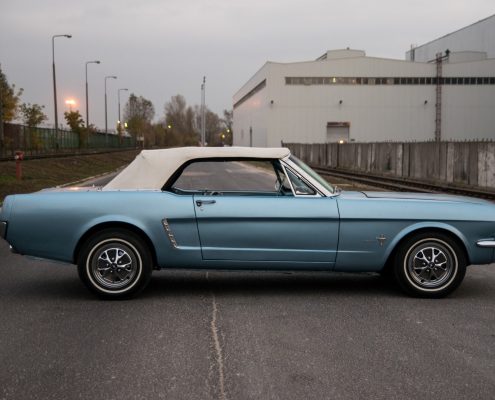 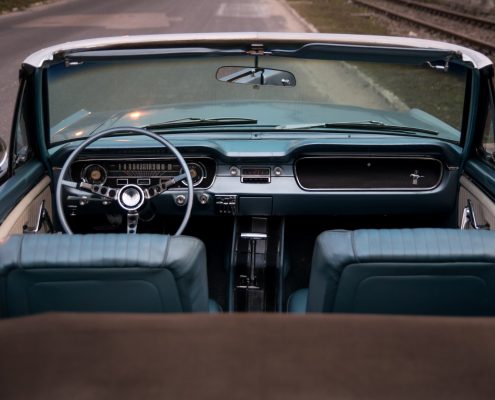 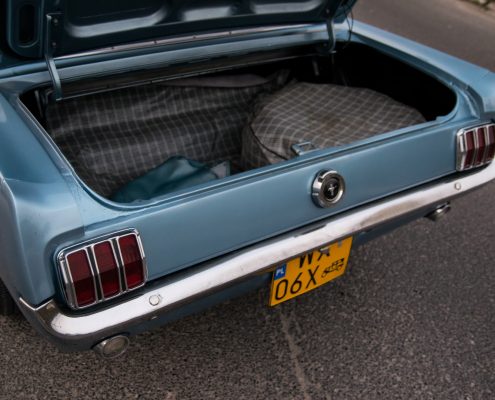 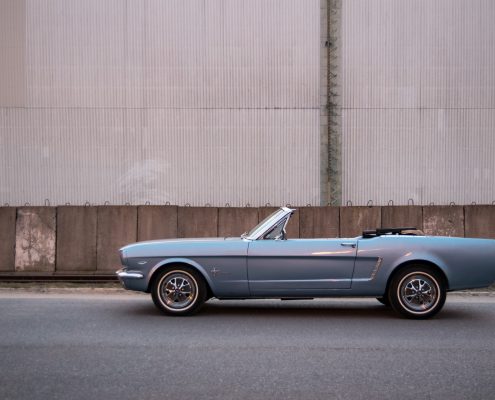 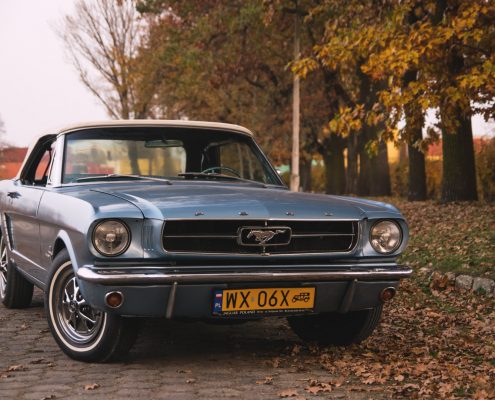 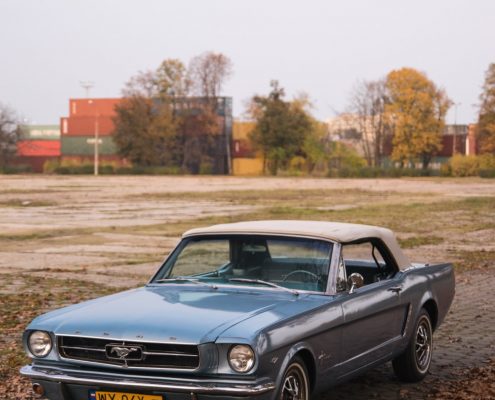