The Peugeot 205 was made between 1983 – 1998. To this day it is regarded as one of the most successful and accomplished European hatchbacks. To have a better understanding of 205’s inception, one has to go back to the late 1970s. Until then, Peugeot hadn’t had much experience in manufacturing small cars, which were becoming more and more popular on European markets. The only exception was the 104, which can be regarded as 205’s predecessor. It all changed in 1978, when Peugeot took over the Simca brand. The 205 is all about its small, shapely and versatile body. Engineers decided to give it a large choice of engines, including petrol and diesel, also in turbocharged guise.

It impossible to discuss the history of the 205 without mentioning performance versions. The car was an ideal base for the extreme, 400 BHP machines, which dominated group B rally stages and the monstrous Paris-Dakar rally. Homologation special called Turbo 16 was created with motorsport in mind. Apart from the body shell, it had almost nothing in common with the production model. To give its customers a bit more thrill behind the wheel of their 205s, Peugeot introduced the GTi model in 1984. Initially it was powered by a 1.6-litre unit generating 105 break horsepower. Thanks to its low mass and incredible suspension design, the car was sure-footed and stable at all times. Despite lower power output, it had no trouble keeping pace with its German rivals.

Encouraged by the developments in the hot-hatch segment, Peugeot decided to offer another version, this time fitted with a more powerful engine codenamed XU9JA. It developed 129 BHP from 1.9 litres of displacement. In 1987, the 1.6-litre engine received an overhauled cylinder head, which resulted in a power increase to 115 BHP. This version was fitted with distinctive red carpets and stylish interior trim with special stitching.

The GTI is a purebred youngtimer. These cars are praised for their sporty character and predictable handling. Nowadays they become more and more valued by collectors and well maintained examples with proven service record and original mileage are becoming a rarity.

The Peugeot 205 GTi offered by Ardor Auctions is potentially a collector item. It was brought to Poland from the Netherlands in 2013. It required some work to get it back in shape, so the owner decided to restore it without cutting corners at any stage of the process. The vehicle in question was a good base because it showed no signs of corrosion, as opposed to many other 205s. It was completely disassembled and repainted using its original dark-graphite metallic paint. Mechanically, the engine was completely rebuilt – its pistons, piston sleeves and crankshaft bearings were replaced, cylinder heads was refurbished and the crankshaft was re-ground. The original interior was preserved in a good condition, but nevertheless a decision was made to thoroughly clean it and do some cosmetic work. Top of the dashboard was covered with flock because of some minor cracks and the fact that original replacement part in acceptable condition was impossible to obtain. All rubber elements were replaced, new shock absorbers were installed and brakes were refurbished. The owner decided to reset the odometer after the rebuilt, at which point it displayed 186 000 kilometres. At the moment it shows 6000 kilometres. To sum up, it is now really difficult to find a Peugeot 205 GTi in such good condition. The car is registered and ready to drive. 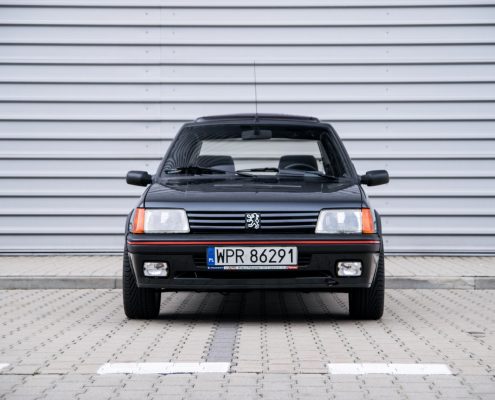 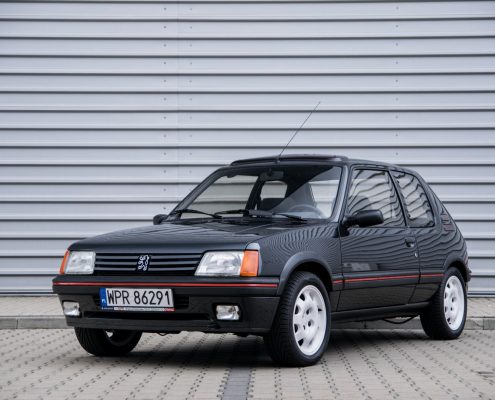 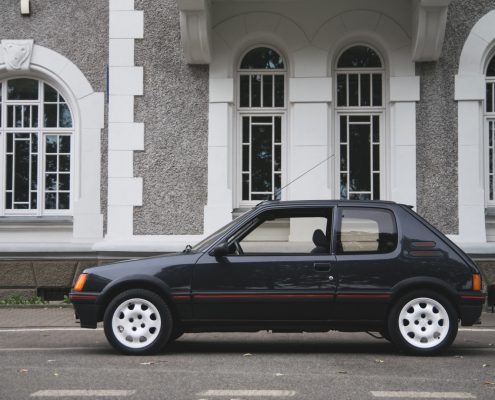 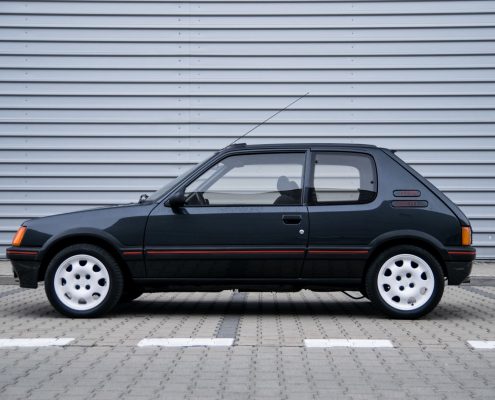 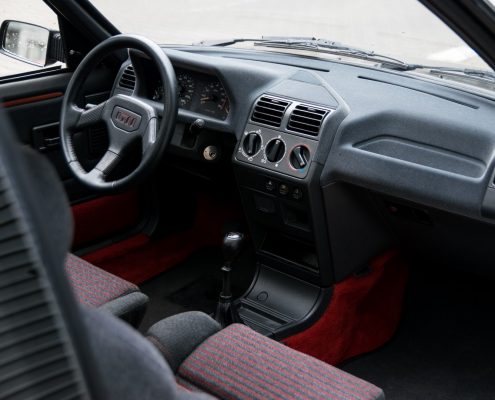 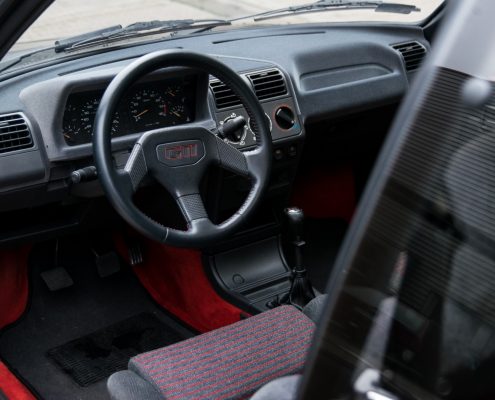 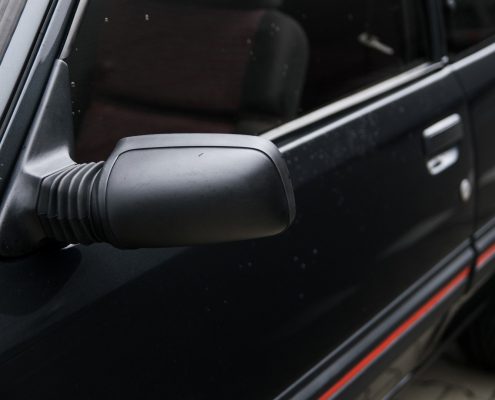 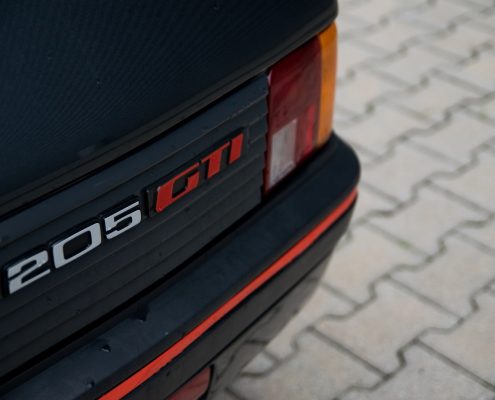 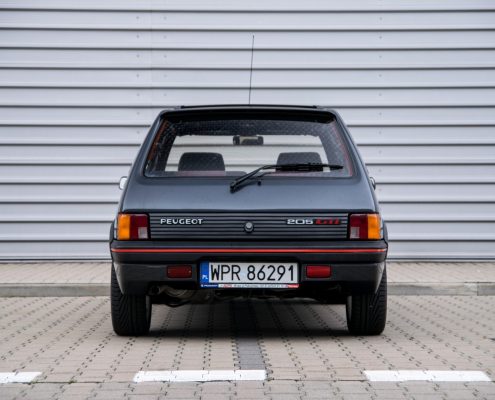 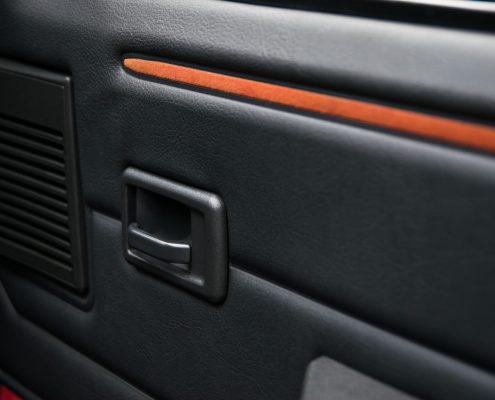 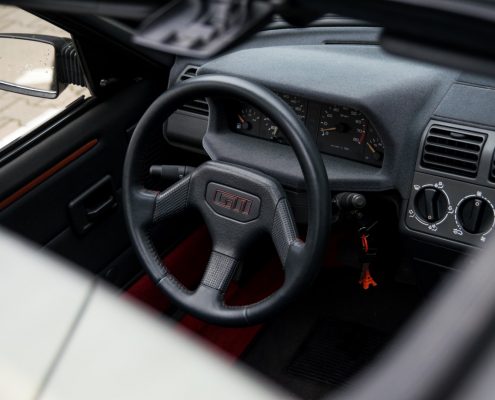 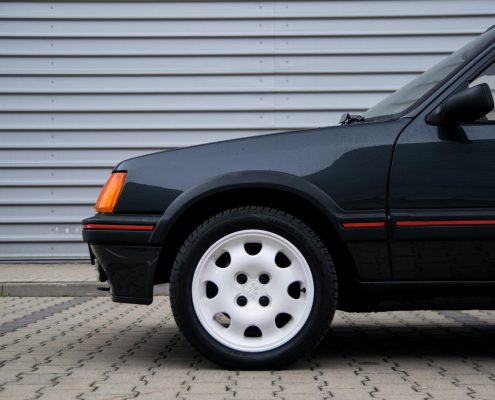 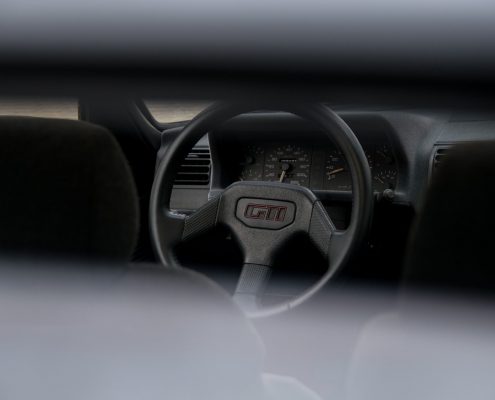 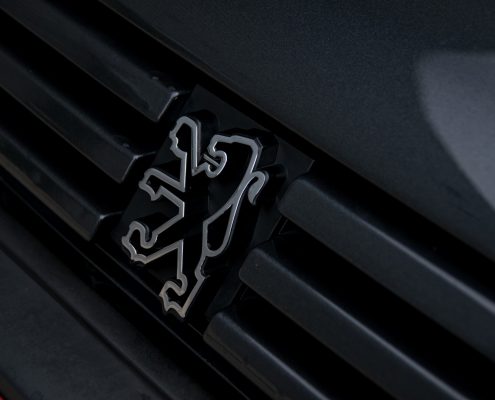 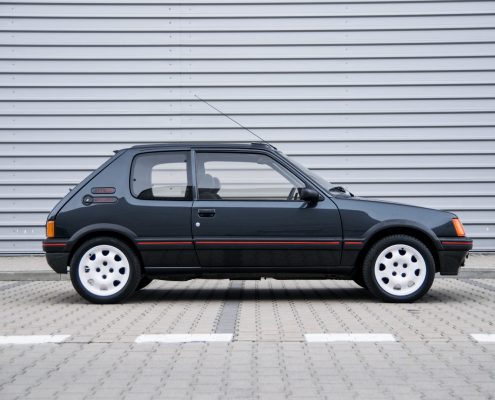 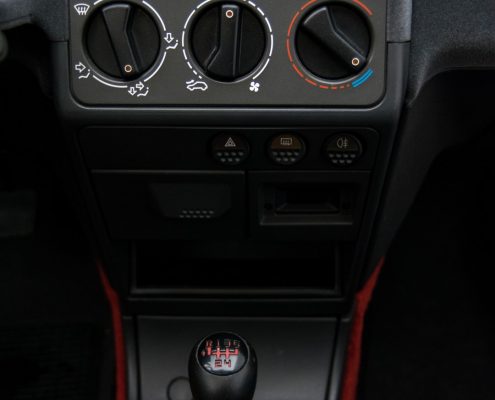