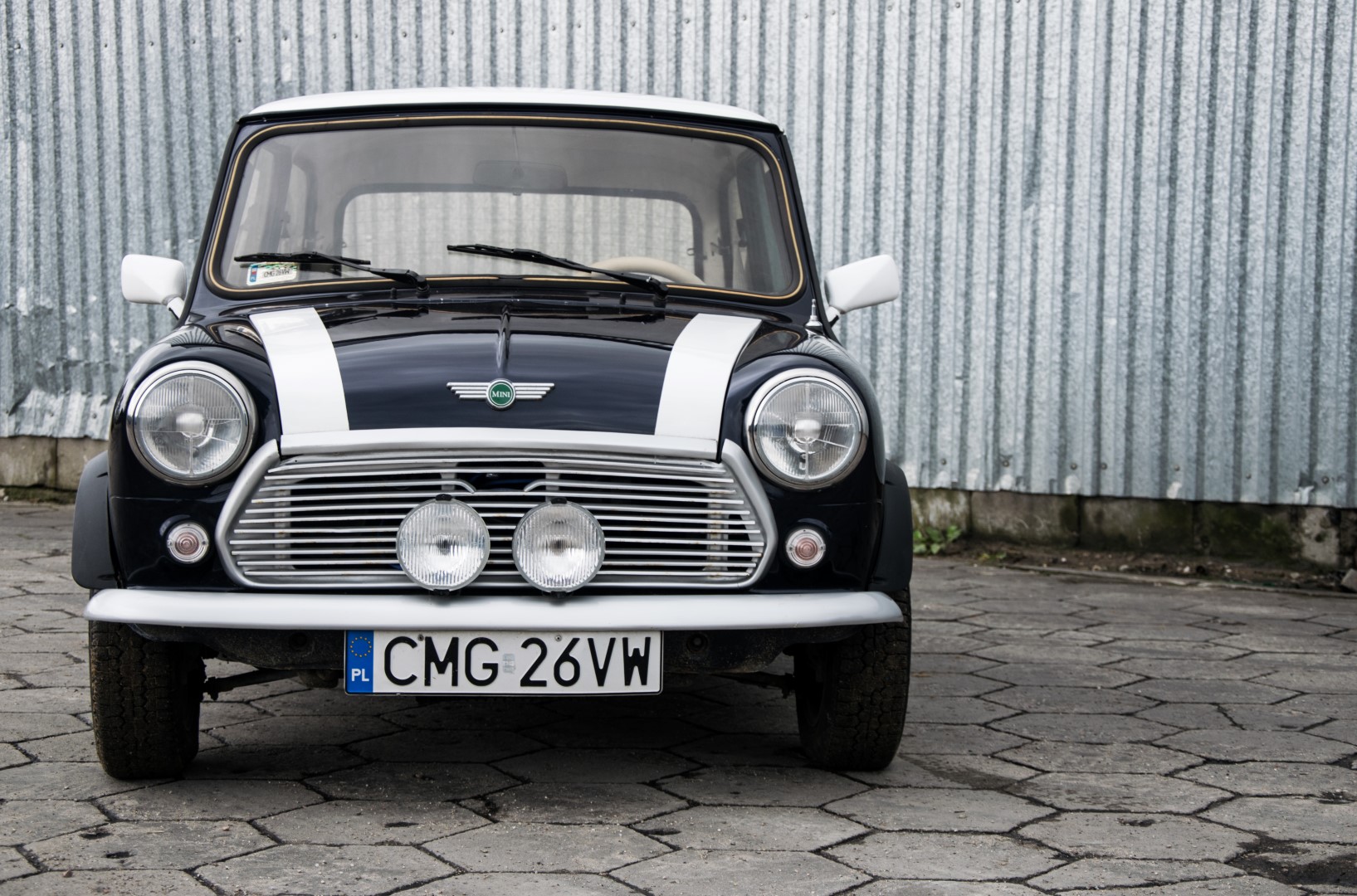 From the very beginning of its production, Mini was regarded as an unquestionable motoring icon. This little car helped many Britons squeeze through the narrow streets of congested London. Every onlooker could enjoy its charming looks whenever it drove by. The Mini came second in an international poll to pick the “Car of the 20th Century”, being beaten only by the Ford model T.
The reason why the Mini was created in the first place was the oil crisis posing a threat to post-war Europe. Development began in 1956 as a response to the works of other European manufacturers who came up with small and fuel-efficient vehicles. Main design principle of the British “People’s Car” were its dimensions of 10 x 4 x 4 feet (3 x 1.2 x 1.2 metres). Engineers were forced to use an existing engine as a cost-saving measure. Project ADO15 (internal designation of the preproduction model) was powered by a four-cylinder, water-cooled engine made by the British Motor Corporation. It was mounted in the front and transferred its power to the front wheels via a four-speed gearbox
Press launch took place in April 1959. By the second half of the year, first batch of cars for sale was ready. The car was available under Austin or Morris brand – both of which belonged to the BMC consortium.
In the 80s and 90s the spirit of Mini was still alive. The car once again became an icon, only this time its popularity lied in its retro style. Limited editions gained a cult following, including Mini 25, Mini Red Flame, Mini Red Hot, Mini Check Mate, Mini Studio 2, Mini Piccadilly or Mini Tahiti.
Over the years the Mini was updated seven times, making it difficult to describe each update in detail. The last version called VII was launched in 1996. The main change compared to its predecessors was the use of a 1275 cc engine with twin fuel injections and a front-mounted radiator. Some versions also featured airbags (mandatory according to European safety norms).
In 2000 Mini officially went out of production after 41 years. It became an inherent part of London’s urban landscape, but was also loved in Europe. Legendary rally “Cooper S” versions are fetching higher and higher prices on auctions, but more common models are also sought after by collectors. Without doubt, every version of this little city car with a huge heart brings a smile to faces of people passing by.

The Morris Mini 850 offered at the auction on September 30th was manufactured in 1966. For the past dozen or so years it remained in the hands of just one owner in Poland. Its current owner has had several body- and paintwork repairs done to it. The body was also protected against rust. Mechanically, the car is sound, some of the hardware was repaired or refurbished, such as the alternator or the starter motor. All working fluids were also changed. The interior was refurbished and refreshed, but it does not come from the period, most of the trim elements were sourced from newer versions.
The Mini offered at the autumn auction organized by Ardor Auctions can be a sensible choice for those who are after a daily-driven classic city car or a tremendous base for further restoration and recreating the original from 1960s. In the first case, it will require some cosmetic touches or minor mechanical repairs. Either way, the price at which it’s offered is quite attractive given the market situation.