Warszawska Fabryka Motocykli (Warsaw Motorcycle Factory), also known as WFM, started working on a light scooter available for a broad audience already in 1955. The vehicle was supposed to be inexpensive, relatively comfortable and able to tackle any road – paved or unpaved. A group of Polish engineers created a whole line of interesting prototypes over the next couple of years: Żuk (1955), Bąk (1956), Odra1, Odra2 (1957), and 5 examples of a vehicle named Osa (1957). Warsaw Academy of Fine Arts (Akademia Sztuk Pięknych w Warszawie) was also involved in designing the Osa – this is why it was so beautifully shaped. The first version entered mass production in 1959 and was powered by a two-stroke 148 cc engine. During the next four years more than 12 500 examples of the M50 model rolled off the factory line.

Relatively low price and low centre of gravity with trailing arms were main reasons why Osa was so successful and desirable.

The next generation of Osa, dubbed M52, was developed alongside the M50. It was made between 1962 and 1965 but its total production volume, estimated at roughly 10 000 examples, remains unknown. The reason why new version of Osa model was created was a potential interest of India in purchasing motorcycles and scooters. WFM developed an „Indian” version which was adapted to withstand India’s hot climate and was supposed to be unified with SHL motorcycles. This was important for offering potential after sales service abroad. The Osa was powered by an S-33 engine displacing 173 cc. Its cooling ducts were enlarged, its cooling fan was mounted on the flywheel, whereas the cylinder was fitted with a cover which channelled cold air to the engine. Apart from that, the motorcycle’s wheelbase was increased, it gained longer seat, wheel lock and locked storage compartments. Main flaw of the first model – excessive engine overheating – was partially eradicated.

The vehicle offered for sale is a two-tone M52 from the middle of its production. Like many of its counterparts, it had sat for many years without being fired up once before it was saved from an instant death in a crusher. It underwent a thorough engine rebuild more than ten years ago, when all the original parts were repaired, protected and repainted. After the engine was completely overhauled, the motorcycle was finally put together, readjusted and coaxed into life. Its paintwork was polished and engine looked into. Linkages, electrical system, brakes – all of those components are in an exceptionally good condition at the moment, the whole package is 100 per cent original and complete. The motorcycle is also registered. 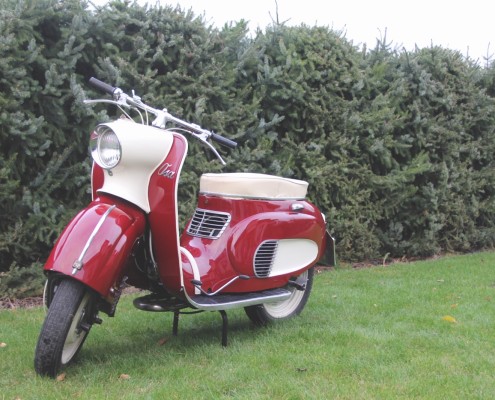 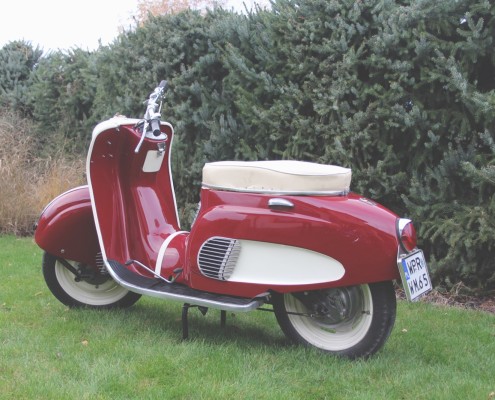 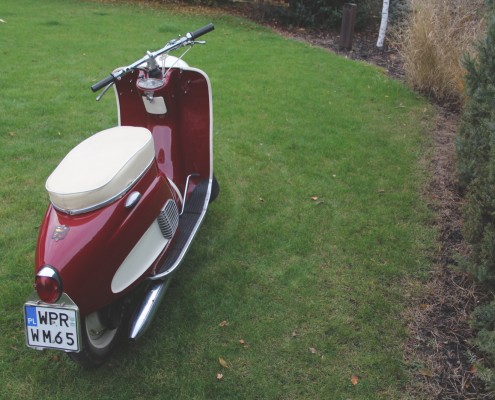 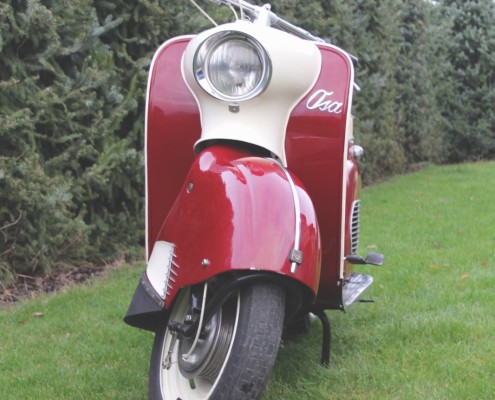 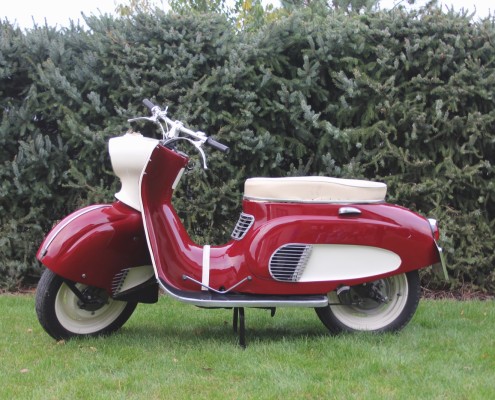 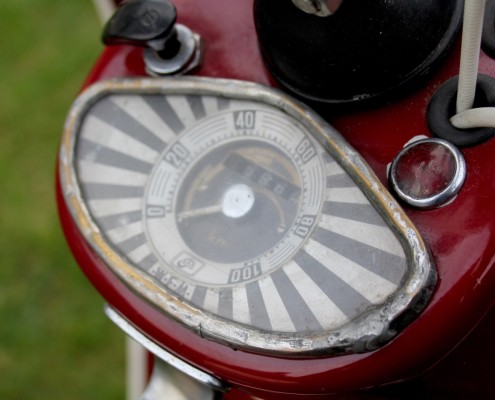 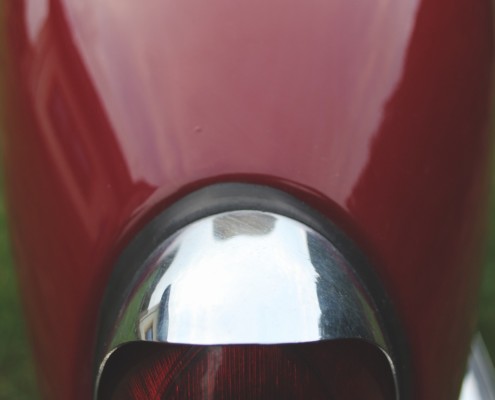 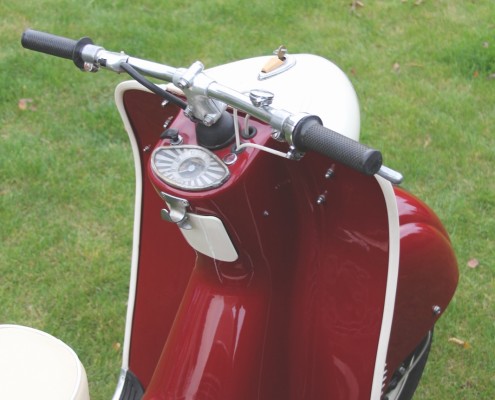 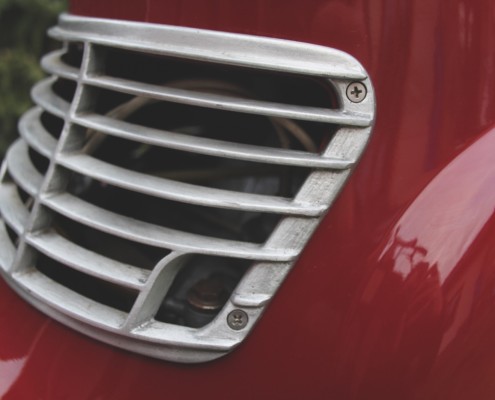 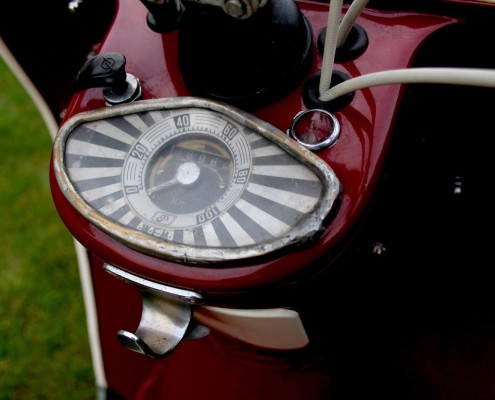 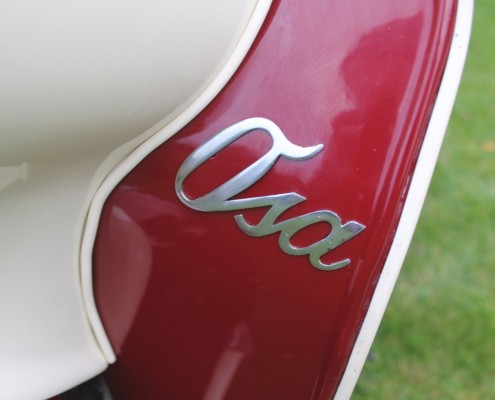 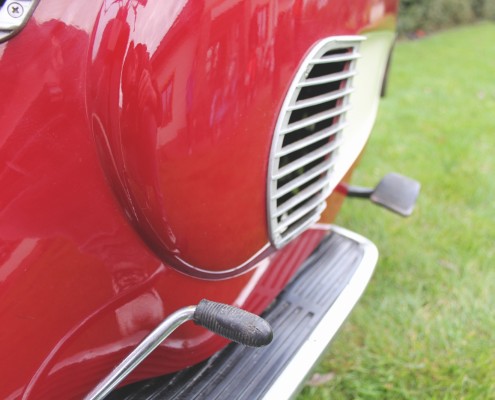 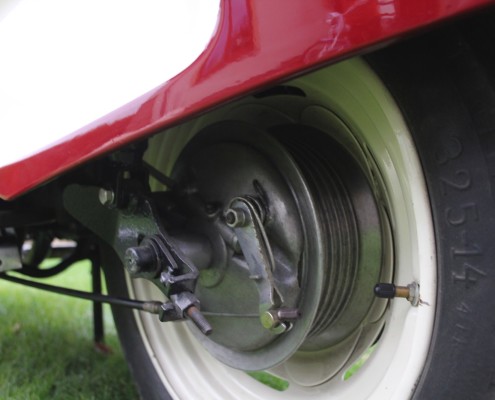