The Mercedes-Benz W113 was launched in 1963 during the International Geneva Motor Show. It was the second generation of the prestigious series of roadsters named SL. It was nicknamed “Pagoda” thanks to its inbound roof shape in the hardtop version, which vaguely resembled the Buddhist temple. Attractive body shape of the Pagoda was drawn by the invaluable Paul Bracq, who virtually defined a whole design epoch in Mercedes’s history. The W113 shared many parts with the W111, including independent front suspension, dual-circuit braking system and a refined engine. One of the key areas of focus during design stage was safety. Crumple zones were introduced, cabin structure was reinforced, interior was redesigned and seatbelts became available. Consequently, the SL gained some extra kilograms, which was balanced out by using bonnet, boot lid and doors made of aluminum. Last Pagodas rolled off the production line in 1971. Overall a total of 48.912 examples were made in various engine specifications. High production output is a result of the cult following which the car gained already in the 1960s. A huge asset of the Pagoda is its reliability. It is also the reason why this model is one of the most desired Mercedes classics.

The Mercedes SL offered on the April auction is the least powerful and earliest version dubbed 230. These cars were also the technically sophisticated, but are generally regarded as the sportiest. They were fitted with bored out and modified engine from the S-class mated to a 4-speed manual gearbox. Later on as the car gained popularity in the United States, automatics became more popular. The aforementioned engines had to be revved hard to give the best they had to offer and the suspension setup was relatively hard. This is exactly what the silver Pagoda presented by Ardor Auctions is like. The car comes from the USA and was completely restored before it was imported to Europe. The body was painted silver and the interior was composed using red upholstery and parts. This combination is incredibly stylish, but does not match the original specification. Mechanically the car is fully operable and registered. Its current owner used it often for recreational drives. The Pagoda does need some minor repairs and polishing, but remains a great offer for people who are after a reasonably priced, legendary Mercedes. 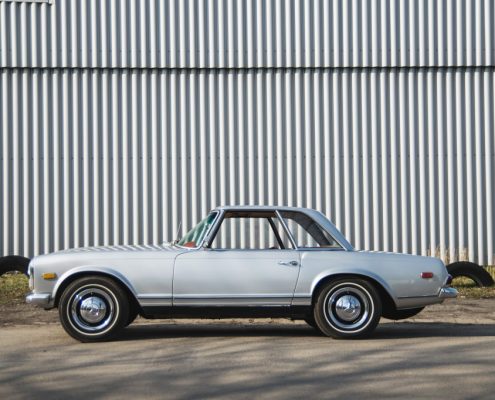 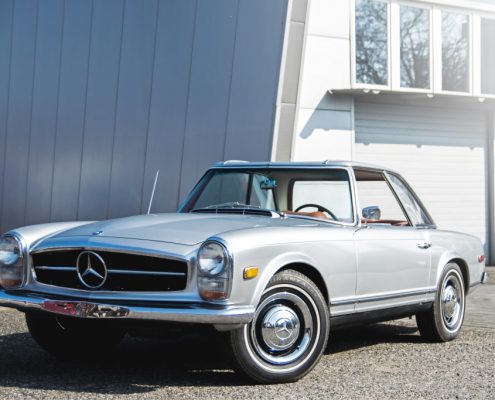 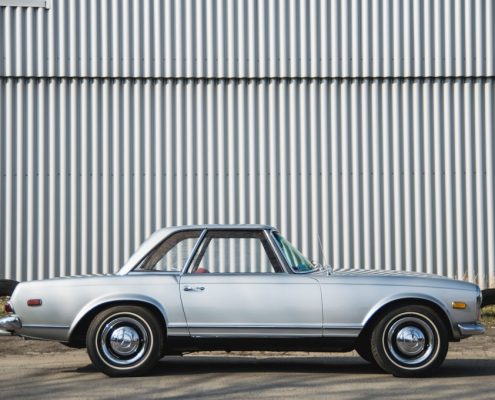 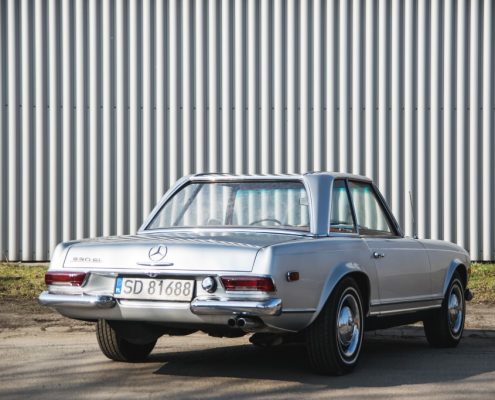 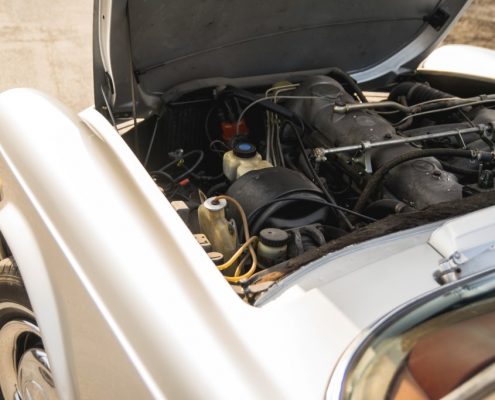 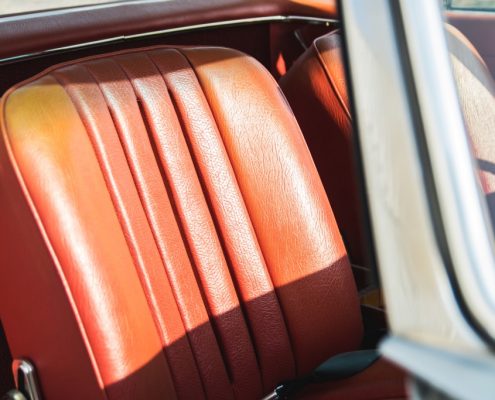 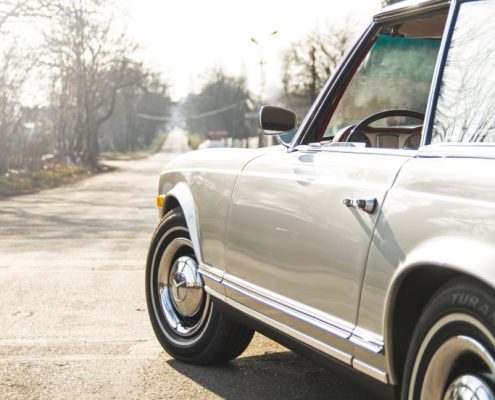 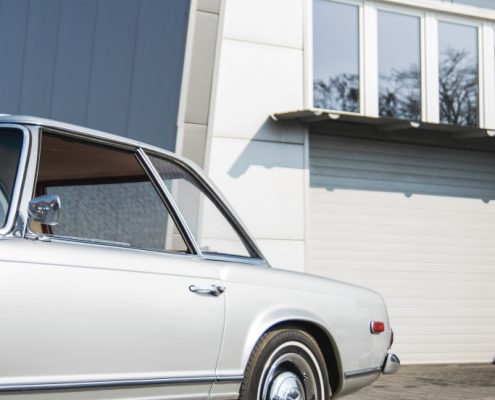 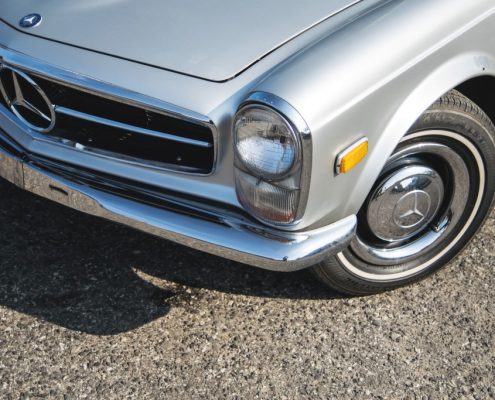 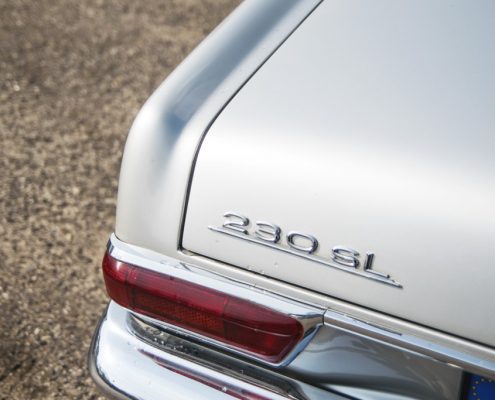 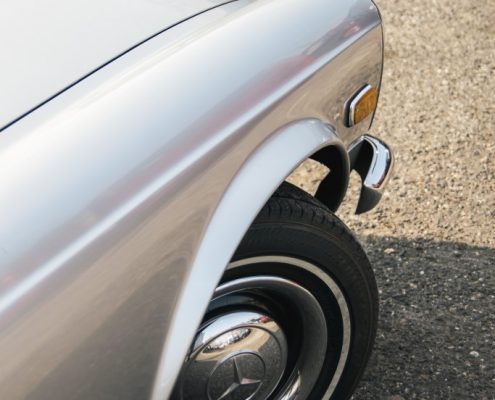 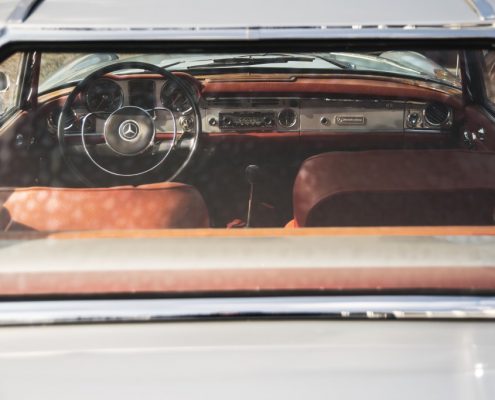 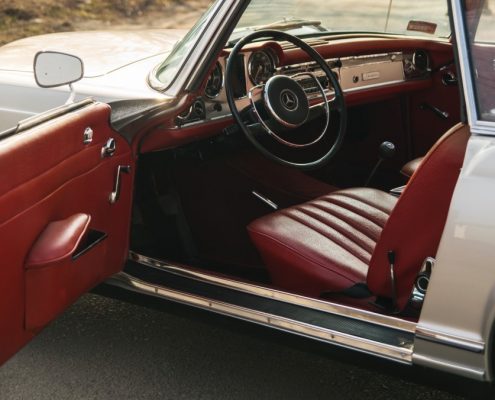 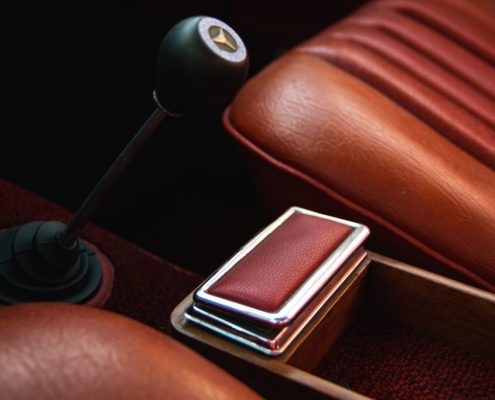 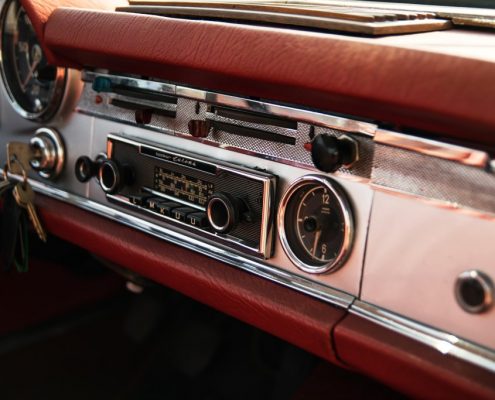 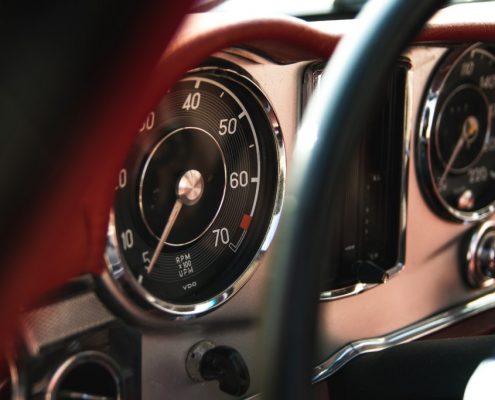 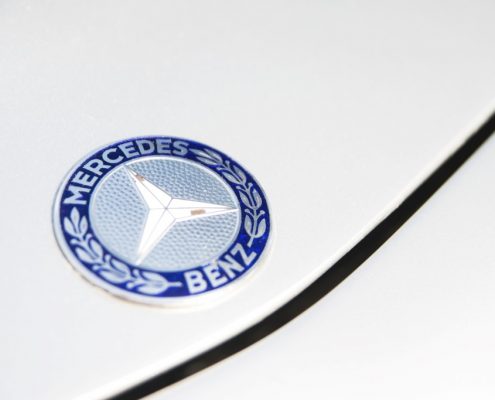 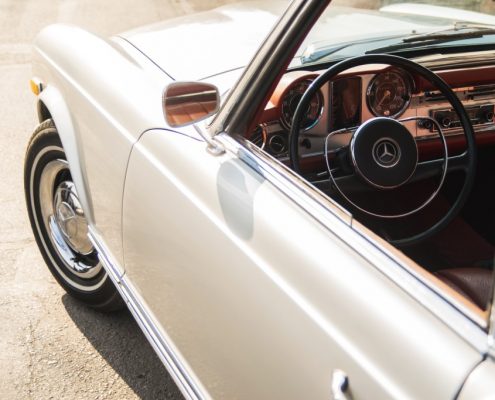 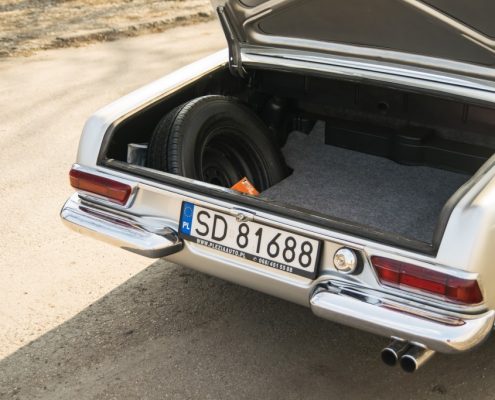