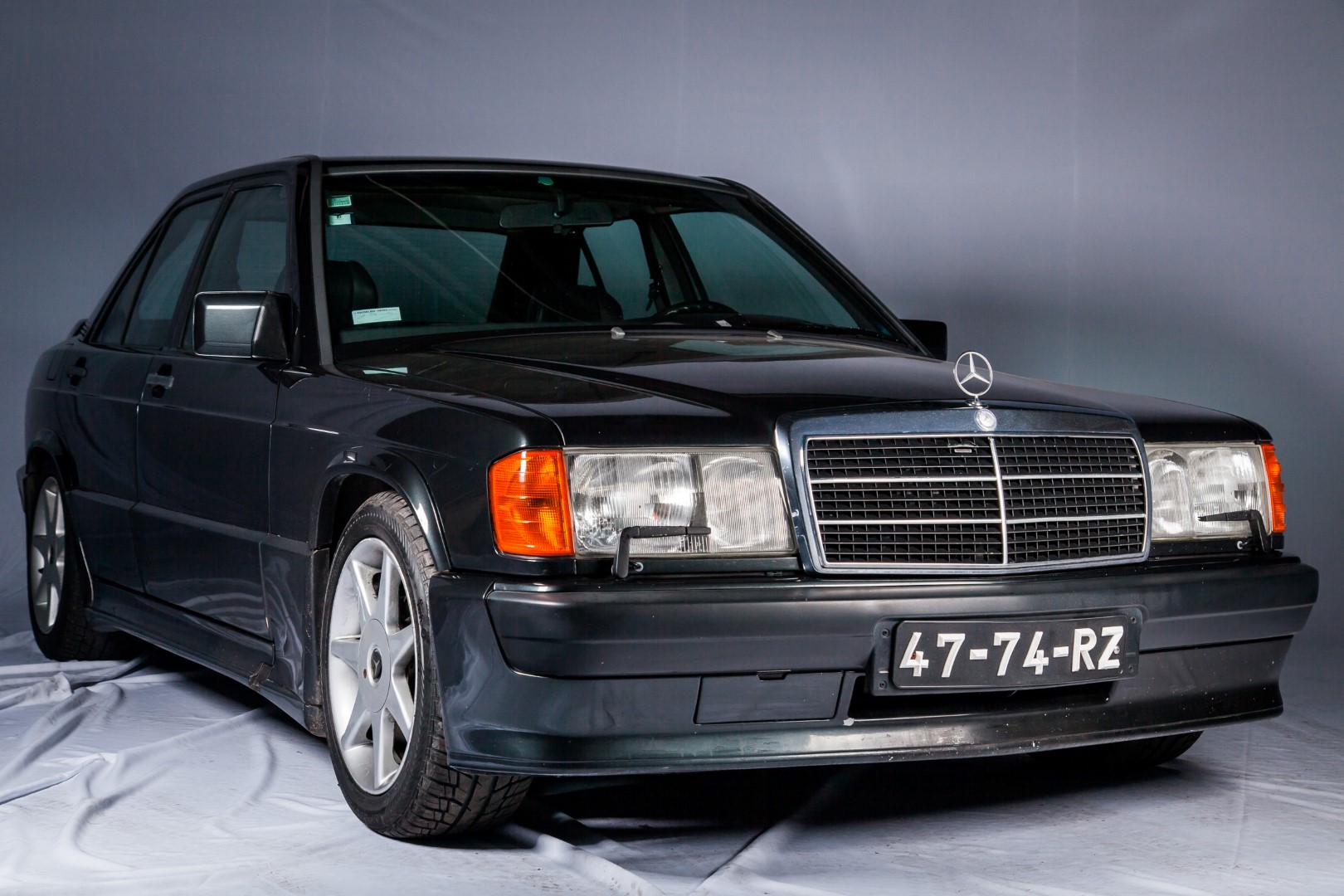 The W201 was unveiled in 1982 and was a breakthrough for Mercedes-Benz. It was nicknamed as the “Baby Benz” as it was the smallest car in the manufacturer’s range. It also paved the way for the later C class. The popular 190 was designed by none other that Bruno Sacco, who is arguably the most recognizable stylist of the German brand, right after Paul Bracq. Wide choice of engines and numerous optional extras made the W201 a huge success. What is more, the market battle against the BMW E30 went down in the history of motoring. Its core episode was fought between two range-topping series – the Bavarian-made M3 and the 190E 2.3 16 made in collaboration with a British company Cosworth. The car offered on our spring auction is this very version. At the time it was the most powerful W201 one could buy. As with the M3, the engine was a mere four-cylinder, but it was a pure engineering marvel; a showcase of what was possible back then. As a result, the lightweight power unit developed 185 break horsepower, allowing for a great power-to-weight ratio and optimal handling balance. The car described here was manufactured in 1987 and was destined for the Canadian market. It belonged to a Portuguese citizen, who decided to move back to Europe for his retirement and took his car with him as an immigration property. Subsequently, the car was driven on Portuguese roads until January 2016, when it was purchased by a Polish sports car collector. It was driven all the way back from Portugal to Poland. Since then, only regular maintenance was done to ensure drivability. On the visual front, the 190E is in an overall good shape. Paintwork was deeply refreshed recently and despite its age and a couple of minor scratches on the right rear bumper, it looks decent. All styling elements reserved for the Cosworth version (apart from the wheels) have been preserved in pristine condition. Despite the age and some cracks in the dashboard, the interior needs no restoration, only minor repairs. Leather upholstery was cleaned before auction. The car will surely require an adjustment of mechanical fuel injection since fuel consumption is unnaturally high. It is difficult to assess the technical condition of some parts without partially disassembling the car, so we would advise having a thorough mechanical inspection before starting regular driving. The car comes with a certificate issued by an expert from the Polish Automobile and Motorcycle Association in 2016. Because of the fact that prices of extreme W201s, that is EVO I and EVO II have recently skyrocketed, it is incredibly difficult to find a 2.3 16 for a reasonable kind of money. The car offered for sale here seems to be a perfect base for further investment, which will surely pay dividend, given that the value is steadily rising.
[/av_textblock]