The Jaguar XJ has been the flagship model of the British brand since 1968. It was conceived as a replacement to three ranges of Jaguar’s saloons: S-Type, 420 and Mark 2. Its distinctive name stands for ‘Experimental Jaguar’ – this is what the concept was initially called. First generation XJ was the last Jaguar saloon to have had the input of Sir William Lyons, the company’s founder.

The car offered by Ardor Auctions is a Series III model of the first generation XJ. It’s known to be the most successful iteration and the one that remained in production for the longest period. Between 1979 and 1992 a total of 130 thousand examples rolled off the production line, 10 thousand of which were 12-cylinder versions. The legendary Series III stayed in production for five years after its successor, the XJ40, was launched in 1987. The car in question was made in 1982, but according to attached documents it was first registered in 1987. It’s a Daimler Double Six version, powered by a V12 engine. Back then Jaguar sold the most luxuriously equipped versions of their cars under the Daimler brand.

The green Daimler was originally delivered in Germany and was imported to Poland in 2008 with less than 100 thousand kilometres under its belt. After a couple of years it was purchased by its current owner, who decided to have it fully restored. The car was completely disassembled and repaired, both mechanically and aesthetically, using original parts or high-quality substitutes. The only element that did not require repairs was the automatic gearbox. Brand new paint looks good and the car’s exterior features the most legendary colour dubbed ‘British Racing Green’. The interior is preserved in a relatively good condition, but it also had a few tweaks. New alcantara headliner was fitted and the black leather upholstery was garnished with bright-coloured gussets. Wood on the dashboard is not cracked and all instruments and gauges work fine. There is no mess under the bonnet, the car was regularly serviced and is ready to drive.

Restoration of a twelve-cylinder Jaguar is a challenging and costly enterprise. Presented offer is indeed a bargain, since it’s notoriously difficult to perform works of such quality at a price similar to the estimated value of this vehicle. The car is registered with regular, non-vintage ‘white’ number plates. 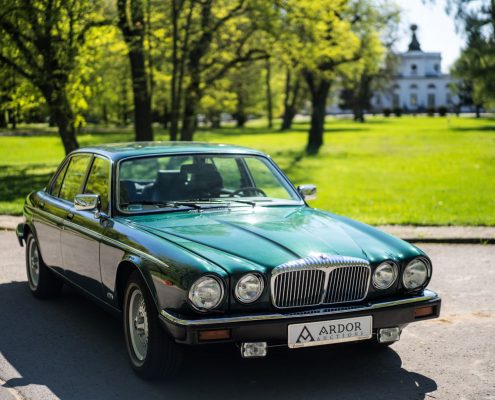 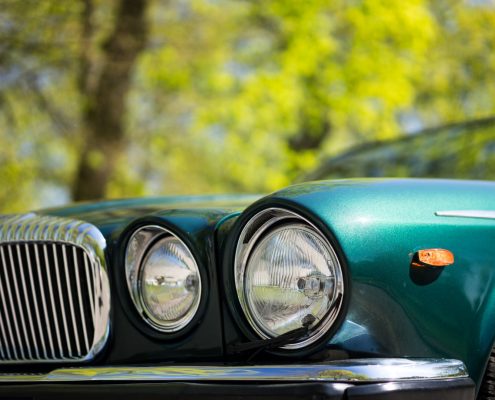 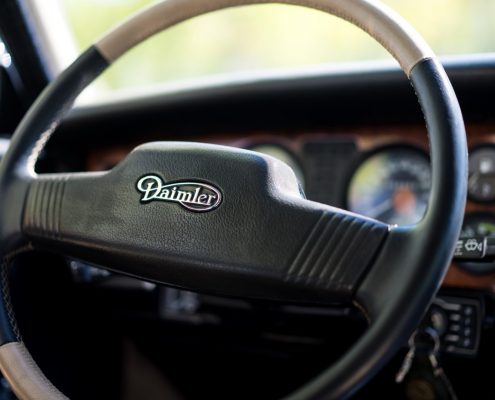 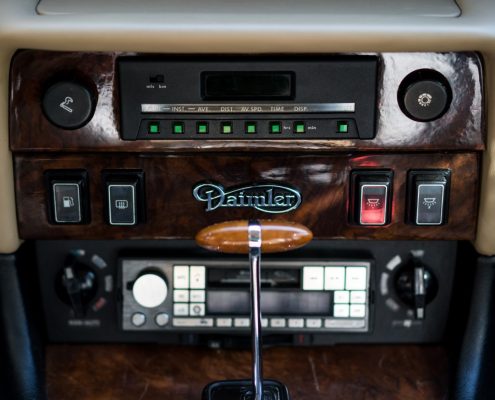 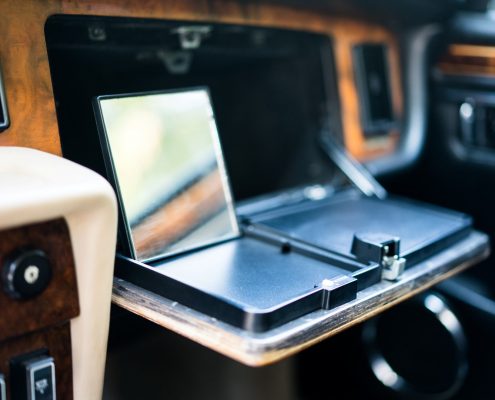 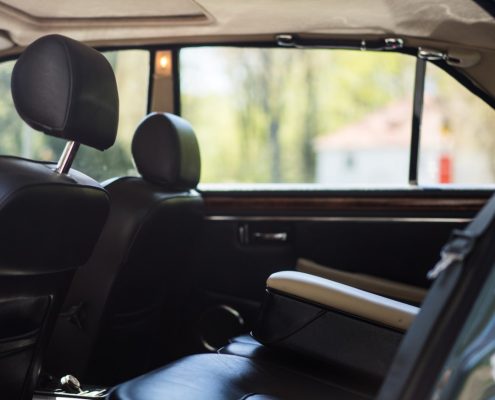 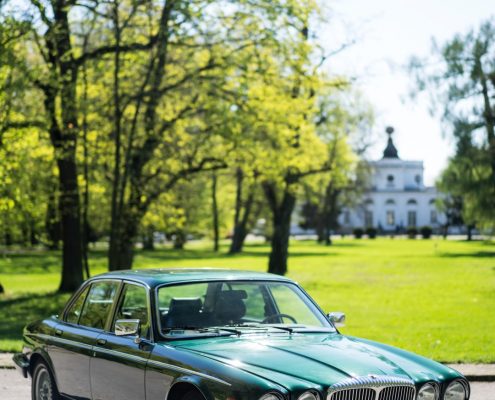 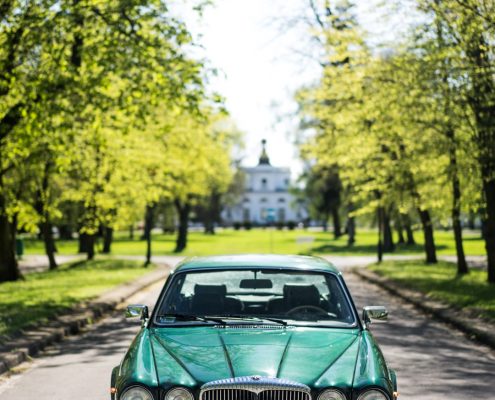 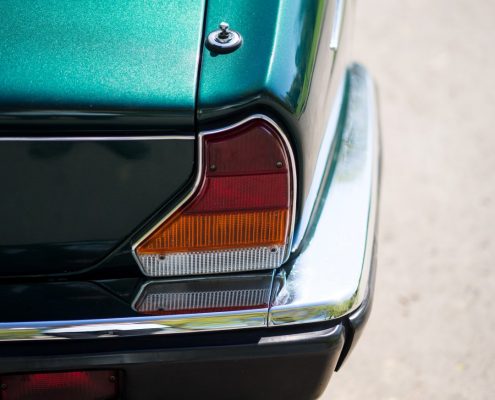