– A vehicle with interesting history

– Driven on a regular basis

The MG MGB continues MG’s line of relatively inexpensive, lightweight sports cars, started by the MG Midget. It went on sale in 1962 and was distinguished by a monocoque structure. At a time when all the competitors were still using body-on-frame structure, this was a huge innovation. It was also one of the first cars on the market to utilize crumple zones, which were designed to protect the driver during a head-on crash into a non-deformable barrier at speeds up to 48 kilometres an hour. Initially, the only version on sale was one with a removable roof. Three years later, the line-up was joined by a hatchback coupé version, called MGB GT. Later on, two more variants were introduced: a six-cylinder MGC and an eight-cylinder MGB GT V8. First of the aforementioned versions was a two-seater (for a brief moment, a small back seat was available as an optional extra, but was very rarely chosen by customers), while the second had just enough room to fit four people inside (2+2 layout). The MGC version was available in either coupé or roadster guise, whereas the GT V8 was sold exclusively with a fixed roof. At the bottom of the engine line-up in Britain there was a four-cylinder, 1.8-litre engine developing 95 BHP. The car was also sold on the American market, where its engine had to be tuned down to just 70 BHP at some point, to make it compliant with US environmental laws. MG MGB was manufactured till 1980. Overall, 524 000 examples were produced in different versions.

The vehicle offered for sale by Ardor Auctions at the September event has been in the hands of just one owner for a number of years. It was originally sold on the American market and left the factory with orange paintwork. Its current owner bought the car from its family member from the United States and imported it to France in 1983. It was prepared for driving on European roads by modifying the fuel system. Power-reducing exhaust gas recirculation valve was removed altogether and two carburetors were fitted to the car in accordance with European specification. The body was resprayed using green paint – an appropriate colour for a British vehicle. Paintwork itself is in a good condition and can easily be brought back to its former glory after some polishing and basic detailing work. The bodywork was protected against corrosion multiple times, so it needs no repairs. Chrome accessories such as mirrors or slats are in very good condition and need no refurbishing. Roll bar and external storage space are optional accessories. Gorgeous spoked wheels have been recently shod with brand new tires. Interior is complete and maintained in acceptable condition. All electrical systems including instrument panel work faultlessly. Mechanically, the car has no problems, its sure-footed handling makes it a true hoot to drive. Its distinctive feature are black number plates, meaning that the car has been in the hands of just one owner for at least 20 years and thus making it more collectible. Thanks to this, the green MGB is a well-maintained classic, as opposed to numerous other roadsters imported to Poland in recent years. 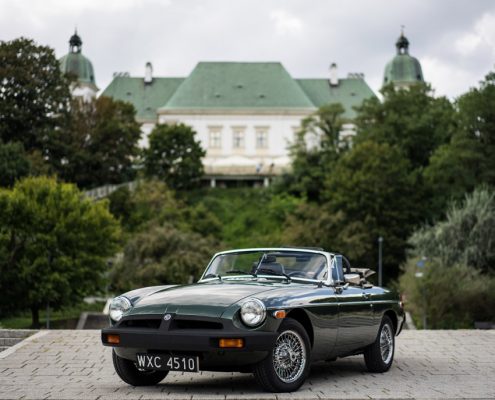 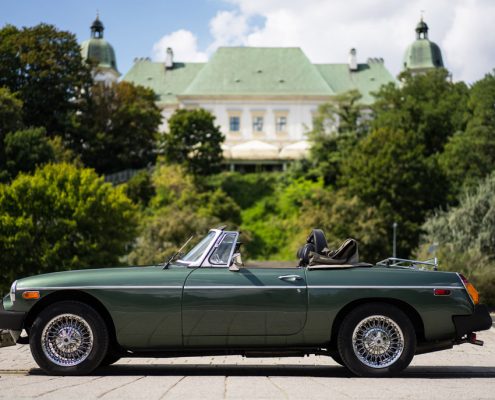 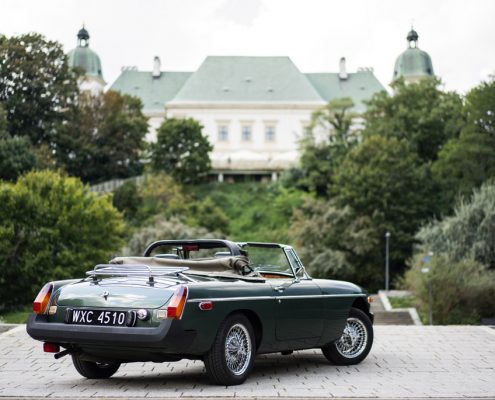 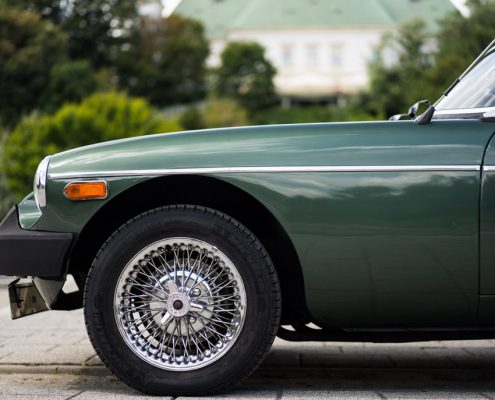 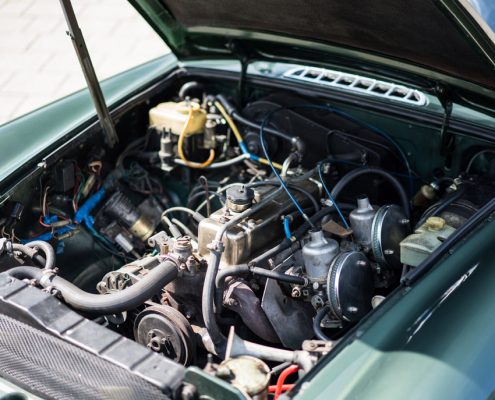 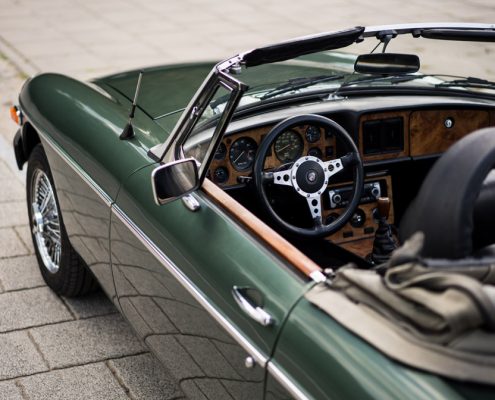 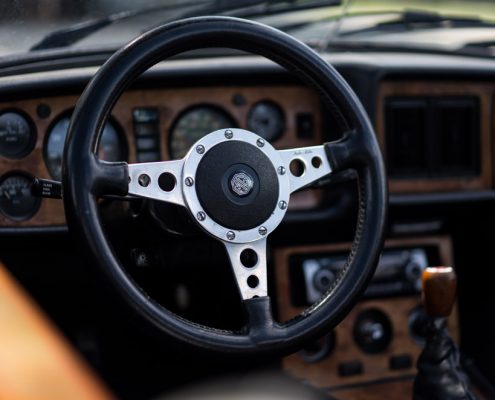 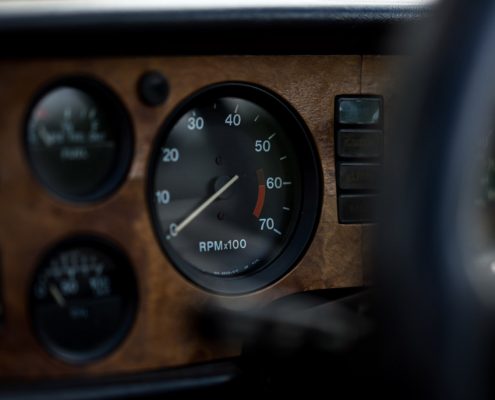 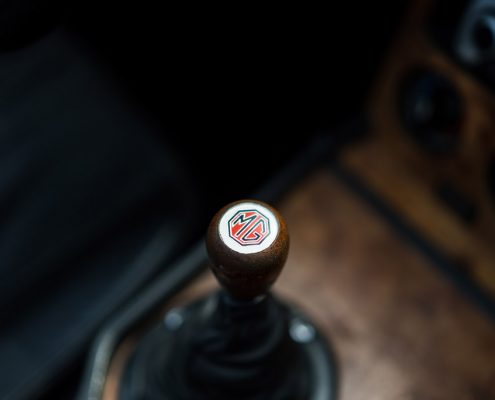 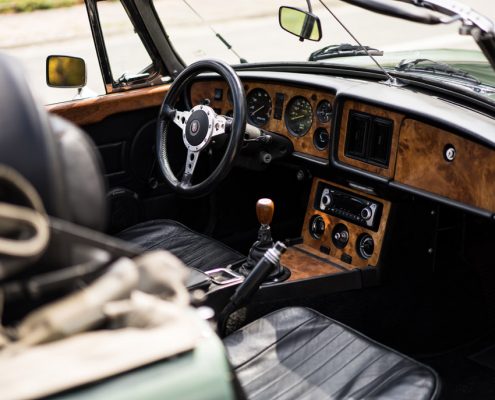 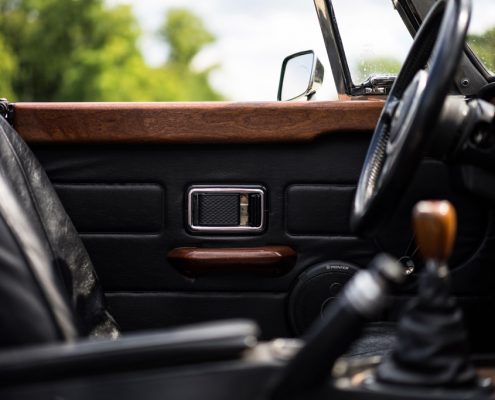 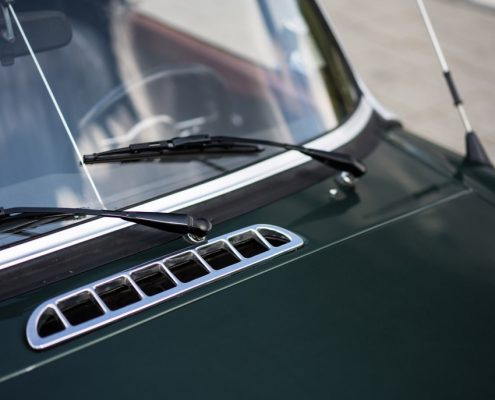 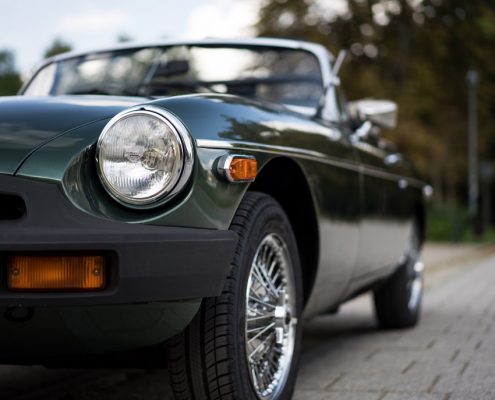 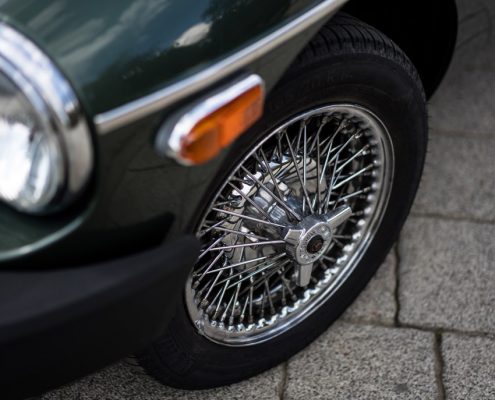 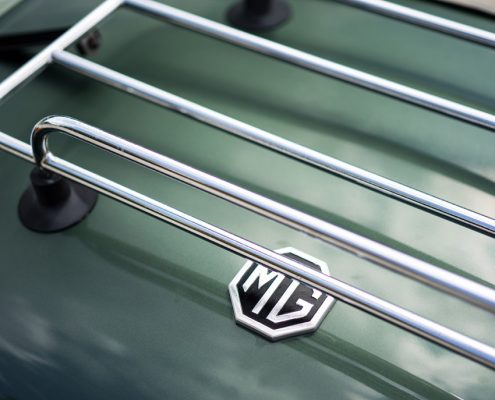