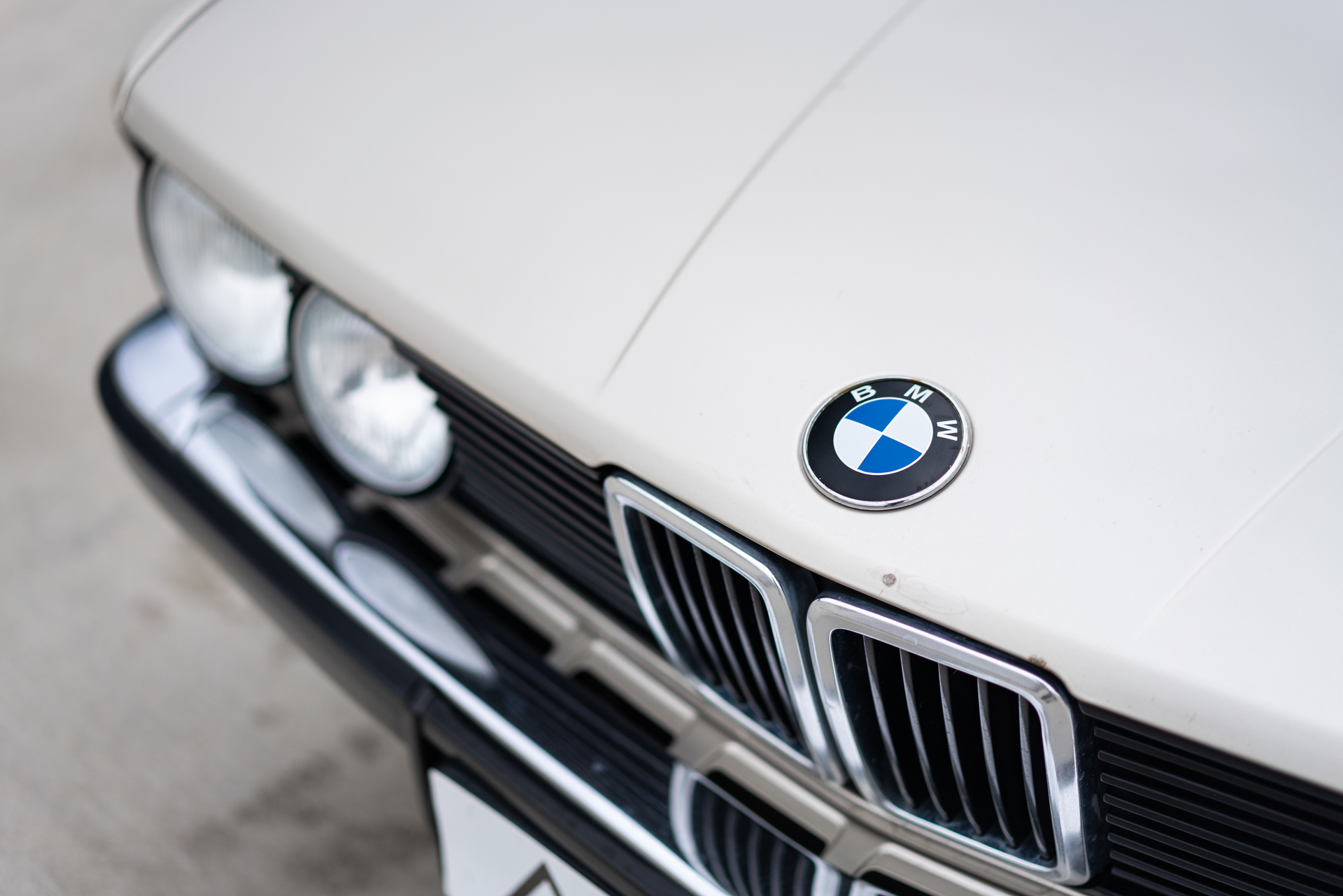 – Vehicle in a great condition

– A car with an interesting history

The BMW E28 was the second official release of the 5 Series, which was more of a logical development of its predecessor from the E12 Series, rather than a completely new design. Despite the fact that the car gained a more modern interior (centre console inclined towards the driver) and an extended selection of engines, as well as many innovative technological solutions (ABS), its style was still stuck in the 1970s, with its most distinctive feature – the slightly sloping front, thanks to which the car was nicknamed “Shark” – also characteristic of other BMW models from this period. However, the customers valued the conservative approach of the brand. On the other hand, the E28 was really innovative in some aspects. For example, it was the first model sporting a diesel engine. The six-cylinder turbocharged 524td engine used to be the fastest diesel engine in the world at the time. What is more, the M5 variant – the fastest four-door sedan – also made its debut as E28. From the outside, the car is distinguished only by modest accessories indicating a more sporty nature. Under the bonnet of the M5, you can find a slightly modified engine, which was created for the exotic BMW M1 – a car built in cooperation with Lamborghini. Since 1982, the E28 chassis has also been used by the 6 Series (E24) after a facelift. Between 1981 and 1987, more than 700,000 cars in the 5 Series were made and sold on markets of several continents.

The Bronzitbeige Metallic BMW 520i was manufactured in 1983. It was purchased as used at the BMW showroom in Lüneburg in 1991 (the original invoice has survived to this date) with a mileage of 115,000 kilometres. Since then, it had only one owner in Poland, who drove it for additional 80,000 kilometres. The owner died more than a decade ago, but the family decided not to sell the car, which remained in their garage and was occasionally, but regularly maintained and taken for rides. In 2008 it was registered as a historic vehicle. The expert assessed the degree of authenticity of the vehicle at 95%, with minor deviations such as an additional brake light, a mobile phone holder, a wooden gear lever knob and the roller blinds on the rear window. The thickness of the paintwork on the car body indicates that the car was repainted, but the work was done very professionally. The body has several minor issues – a couple of scratches and a small dent on the front right mudguard. The condition of the interior is outstanding, the dashboard does not have any cracks, which were typical for this model, the upholstery is not worn out, and only a small number of elements will require cleaning. From the mechanical point of view, the car runs fine, the six-cylinder fuel-injected engine is smooth and the car accelerates rapidly, all while its suspension ensure the desired comfort to the passengers. However, we would advise doing a thorough check-up (with particular attention to the brakes), since the car sat unused for a longer while. The BMW 520i offered by Ardor Auctions is an excellent example of how long lasting some vehicles can be if they are taken care of.
[/av_textblock]