– Quintessential American car from the 50s

Between 1951 and 1970 there were a couple of cars sold under the name Plymouth Belvedere. Initially, it was a two-door hardtop version of the Cranbrook model, but from 1954 on this became a separate offering of the brand. There was plenty of choice in terms of body styles. The car could be had as a two-door coupe, two-door cabriolet, three-door estate or a four-door saloon. Over the years available engines ranged from a 3.7 litre V6 to a 7 litre V8. Late 50s and early 60s was definitely the time of Chrysler. It conquered the market and outrun the competition thanks to visionary styling by its chief designer Virgil Exner. New line of cruisers looked tremendous, especially on the streets of emerging suburbs. Moreover, Plymouths were the most comfortable and safest American cars of the period. Suspension was based on torsion bars at the front and newly designed leaf springs and live rear axle at the rear. Thanks to those solutions, the brand was still ahead of its rivals till the 70s. Late 50s models, especially with the sports ‘Fury’ pack gained a cult following thanks to Stephen King’s ‘Christine’ novel. Especially its adaptations directed by John Carpenter cemented Plymouth’s status of a machine with attractive styling and significant performance.

The 1955 Belvedere is one of the first cars designed by the aforementioned Virgil Exner, whose design language is referred to as the ‘Forward Look’. Model Year 55’ gained an tilted front fascia, rounded front windscreen, large greenhouse and rear fenders finished with fin-tails as well as two-tone paintwork. This was a clear cut compared to the Cranbrook. It was much better proportioned, way more aerodynamic and faster as well, despite increased exterior dimensions. Performance was significantly improved thanks to the new eight-cylinder power plant. It could be mated to a three-speed manual gearbox or a newly developed ‘Power-Flite’ automatic gearbox. Optional extras included air conditioning, electrically operated windows or power front bench. The Belvedere was very comfortable and was honored by Motor Trend magazine as the ‘best handling car of 1955’.

The car featured at our event was imported to Poland in 2009 in complete condition, but in need of some body- and paintwork repairs. Several parts had to be overhauled too. It was restored and brought back on the street in 2016. A thorough expert inspection was performed before and after restoration. Experts confirmed that parts used during restoration were genuine and certified the car as a classic, collector item with significant historical value. Despite this, the owner decided to register it with regular, non-vintage number plates. The odometer suggests that the car was used sporadically and covered just 200 miles. It still has a valid technical inspection, is insured and ready to drive. 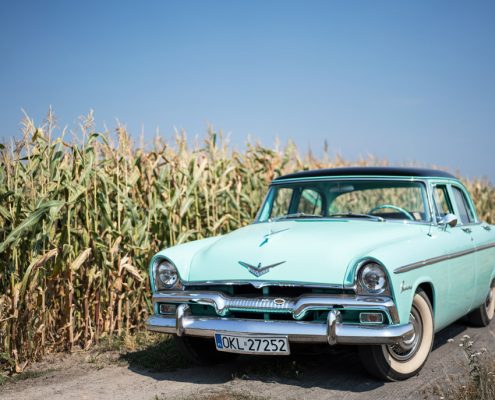 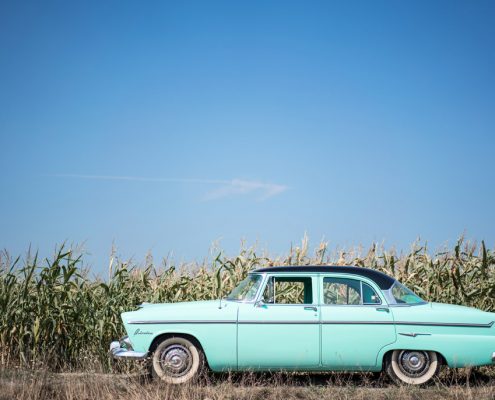 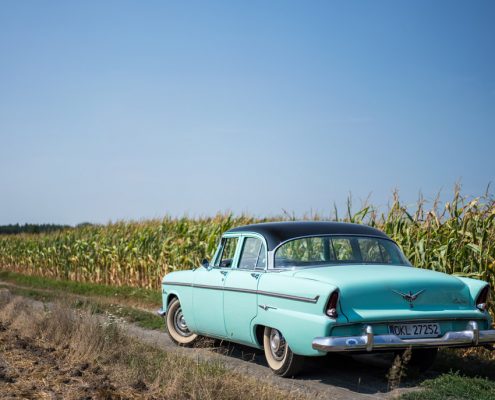 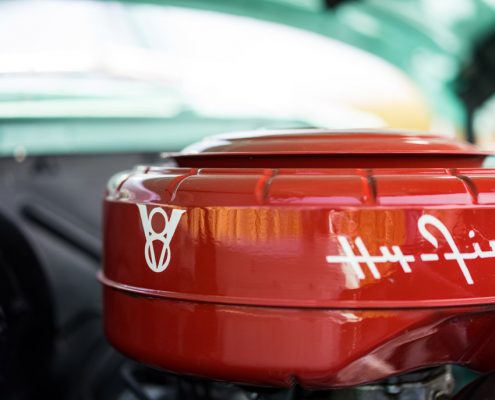 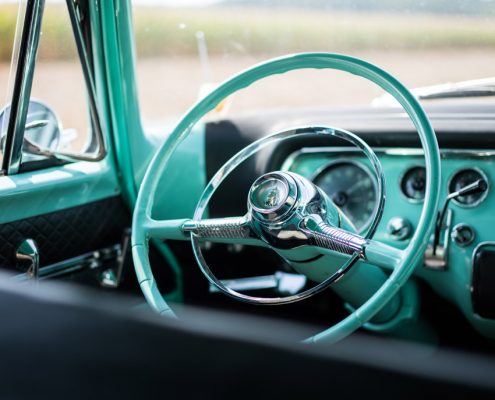 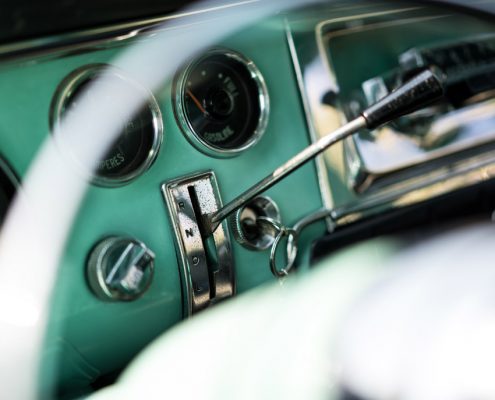 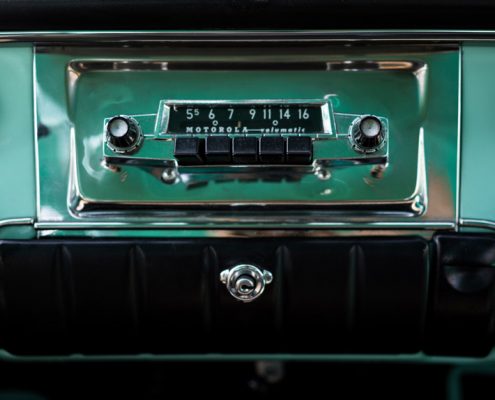 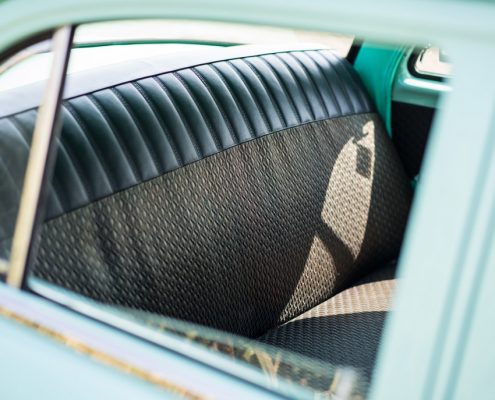 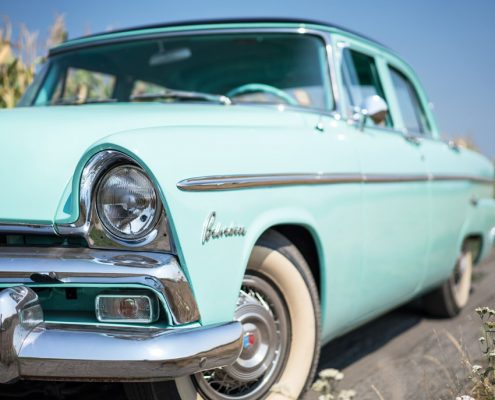 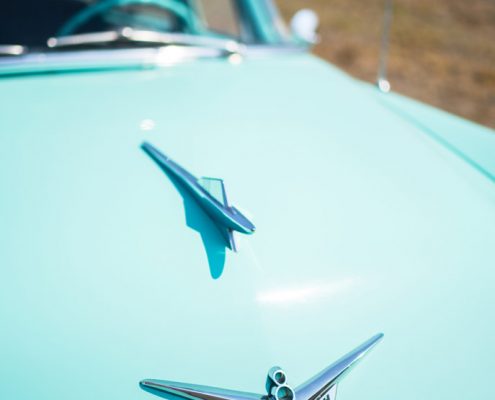 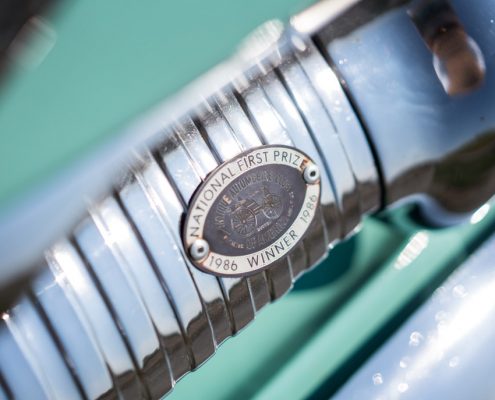 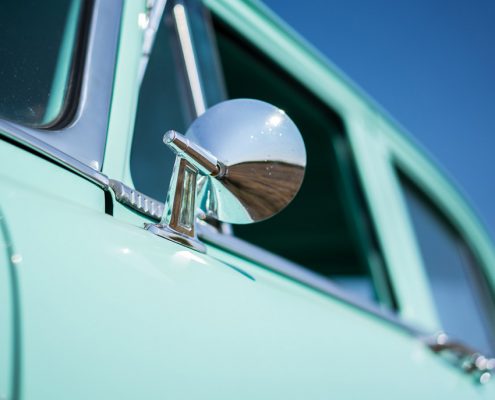 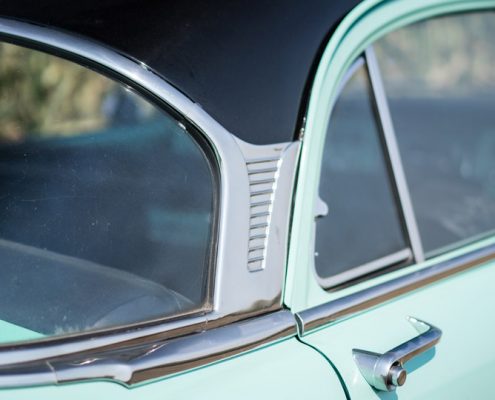 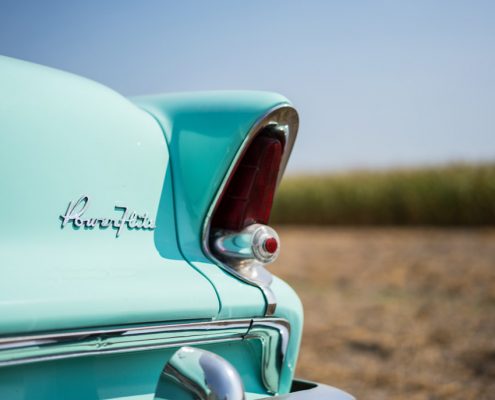 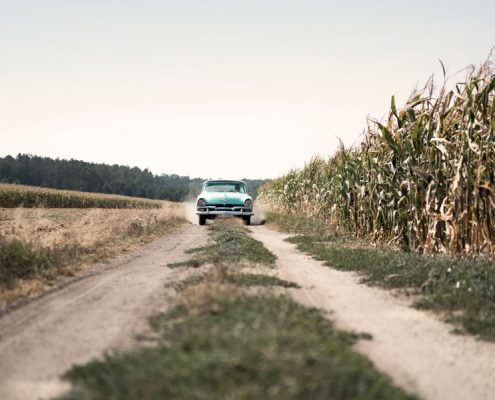