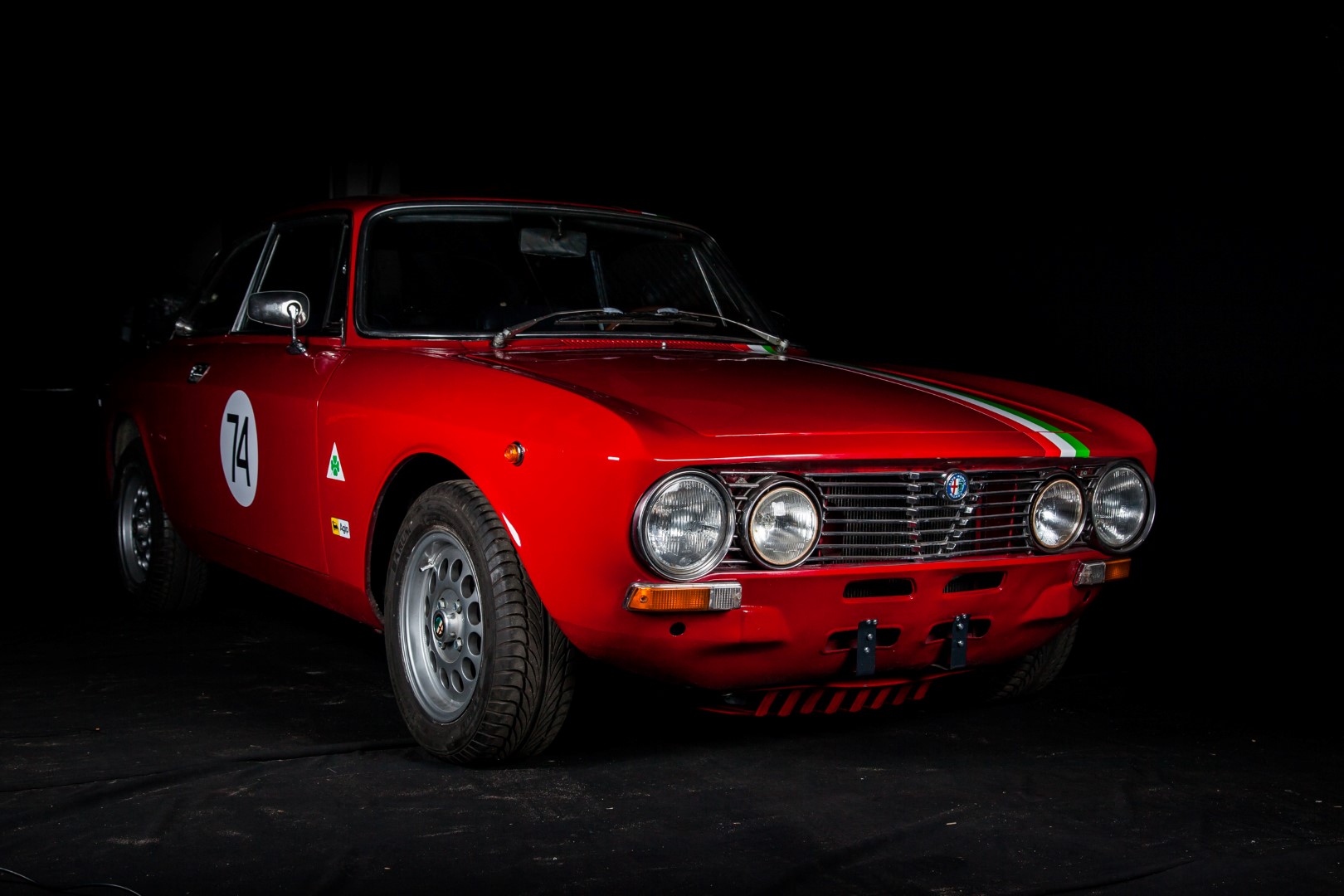 The recipe for the Alfa Romeo GT Junior was extremely simple and effective. Take a relatively powerful engine, put it an attractively styled, lightweight body and garnish it with reasonable price. Combination of those ingredients made this car very popular and made it one of the most appreciated vehicles with Alfa Romeo badge of all time.

The GT Junior went on sale in 1965, but it was based on the Giulia Sprint GT, which had already been on sale for two years by then. Both of these cars were two-door, four-seat coupes designed by Giorgetto Giugiaro for Bertone design studio. The car to be offered on the March auction was manufactured in 1974. From 1990 it remained in the hands of a private collector in Hamburg. Subsequently the car was purchased by a Polish Italian car enthusiast, who intended to have it fully restored. However, the process took more time and effort than initially planned. In 2017 after a couple of years of ownership he decided to sell the car. On the visual front, the paintwork is in average condition, but it does not require repainting. Bodywork features numerous decals, evoking Alfa Romeo’s rally heritage from 60’s and 70’s. The interior is mostly preserved in original condition, the only exception being door- and shelf-mounted speakers. All mechanics are working fine. Under the bonnet there’s a 1.3-litre engine from the period, most likely sourced from an Alfa Romeo Spider. Current owner decided to refine some areas of the vehicle. It underwent a thorough mechanical inspection and maintenance at a renowned workshop near Warsaw, specializing in classic cars only. The GT Junior is an emotive car. Its lightness and elegance to this day are something many car makers try and often fail to reproduce. Appreciated by the most seasoned classic car collectors, it recently became increasingly more difficult to purchase. Most of the cars available for sale require a general restoration, which is why the offer from Ardor Auctions is a rare opportunity to purchase this unique two-door in an acceptable condition at a reasonable price.