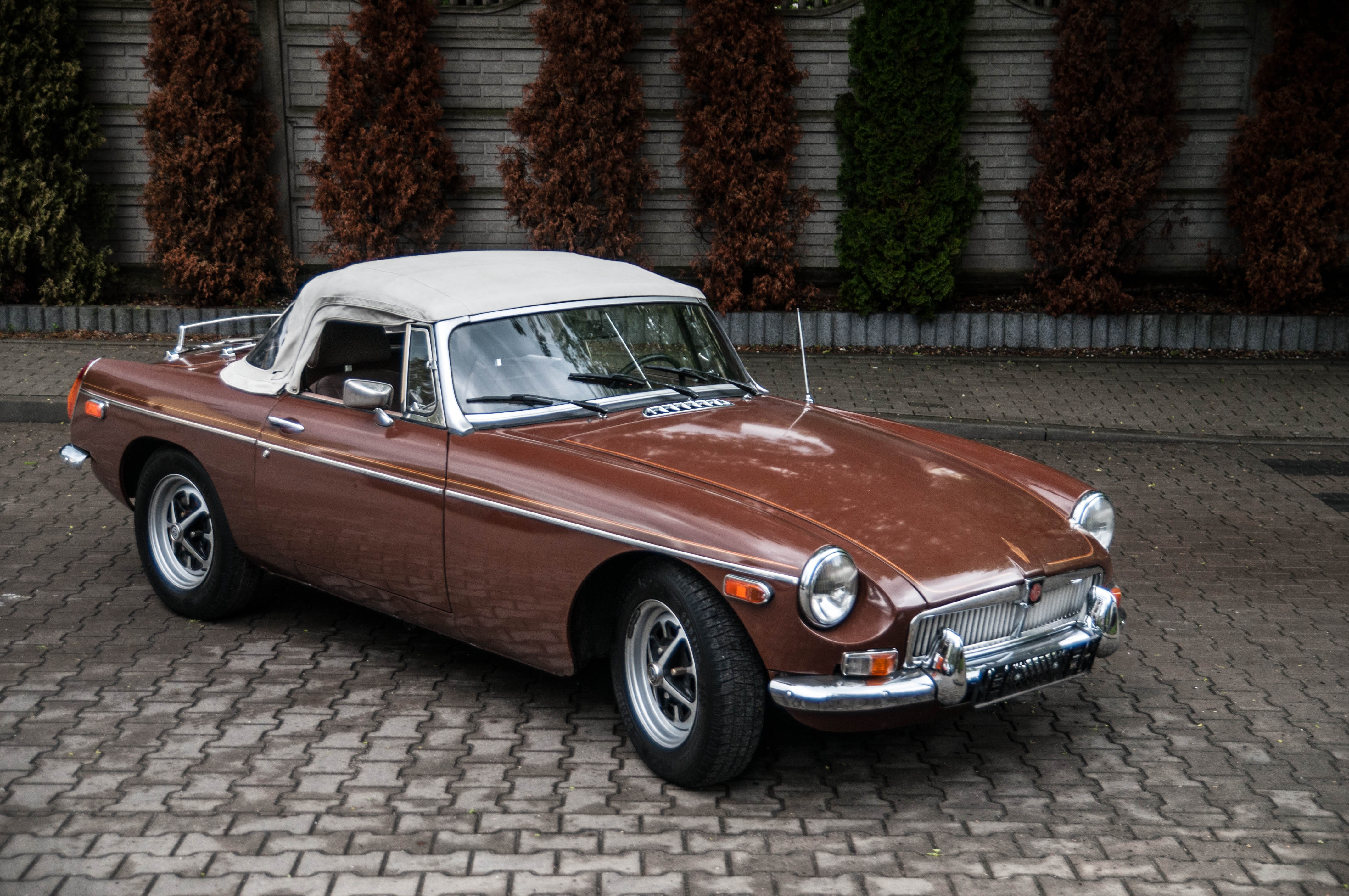 The MG MGB is a continuation of a series of relatively inexpensive, lightweight sports cars, started by the MG Midget.

It went on sale in 1962 and stood out of the crowd with its frameless body, which was ultra-modern at the time. Most of the competitor cars back then still had body mounted on to the frame. The MGB was also one of the very first cars on the market to have crumple zones, which were able to protect the driver during a head-on crash against a non-deformable barrier at speeds up to 48 kph.

Initially, the car could only be had with a removable soft top. Three years after its market launch a hatchback hardtop version was introduced, called MGB GT. Later on, they were joined by a six-cylinder MGC and an eight-cylinder MGB GT V8 version. First of the aforementioned varieties was a two-seater (tiny back seat was available for a brief period, but was very rarely chosen by customers), the second one could fit four people on board in a 2+2 layout. The MGC was offered in both coupe and roadster form, whereas the GT V8 was available as a coupe only.

Engine line-up in Britain started with a 1.8-litre, 95 BHP engine. In America, where the car was also offered (it had different bumpers to make it compliant with safety regulations prevailing there), power was reduced to just 70 BHP. The reason for this were stringent  US emissions regulations.

Production ceased in 1980. 524 000 examples were made in total, including all versions. Between 1993 and 1995 the car was returned to the market in a heavily modernised version. It was called MG RV8, had a 190 BHP engine and was able to accelerate from standstill to 100 km/h in six seconds. Only 2000 examples were produced. Most of them were delivered to customers in Japan.

The 1979 MG MGB featured at the Rozalin 2016 auction comes from one of the last production batches of this lightweight British roadster. It was originally destined for the American market and was first registered there. 10 years ago it was shipped back to Europe. It was bought by a customer from Holland, where its then-owner swapped its plastic bumpers for chrome ones from the European spec model. This gave the car a much better visual presence. During homologation procedure, side markers on the car were removed and lights were swapped for European ones. This MG B is still being used, mostly as a weekend car. The engine runs perfectly fine, but needs some routine maintenance. The paintwork has a few dents and scratches. Its overall shape is average and it needs some work. The car is 37 years old and therefore has one minor rust spot on the sill. Apart from that, its underbody is rust-free. On the inside, the car has two dents in the dashboard and one bit of the upholstery on the rear seats is missing. Other than that, the interior is fully original and well maintained. This car is an attractive proposition for those who are looking for a late MG B or a roadster with no major issues for everyday driving.