– Early example made at the Żerań factory

– Unique example among other Polish Fiats

The Fiat 125p is one of the most important vehicles in Poland’s history and one that motorized post-war Poland. For many years it was part of the landscape on Polish roads. Manufactured at the Żerań plant from late 60s to the 90s, it was overhauled multiple times and served as a base for numerous commercial versions. It was also used in motorsport, including a legendary attempt to beat the average speed record on a closed stretch of motorway near Wrocław in 1973. When it was manufactured, few people were allowed to have it and when it finally became available to the masses after the transformation in Poland, it was already outdated and no more appreciated. In recent years however, a nostalgia-driven trend can be observed. Vintage Polish design and motors are attracting more and more fans these days, which results in increased popularity of cars such as the 125p. Early examples are especially sought after. Mind you, they did have a much more Italian character and engineering under the skin, but that in turn meant they were better built and made with more attention to detail.

The Fiat offered by Ardor Auctions was made in 1968 and comes from the earliest series made under Italian license in Warsaw. Over a period of several years, the car was rebuilt and modified. The result is a car that may be a far cry from the original, both mechanically and visually, but its unique character is undeniable. First and foremost, under the bonnet there’s the 2.0 DOHC unit made by Fiat, developing 112 break horsepower and making the car truly brisk. The engine is mated to a five-speed manual gearbox with floor-mounted gear lever. The interior was wrapped in an elegant, maroon upholstery and fitted with a dashboard sourced from the Italian version and a Nardi Torino steering wheel with wooden rim. The car was retrofitted with power steering. Its paintwork looks good despite several years under its belt and some minor scratches. All chrome bits need no polishing. Nice extra touch are attractive alloy wheels garnished with the logo of Fiat’s in-house tuner – Abarth. All modifications were made professionally in accordance with best restoration practices. As a result of that, the car still is in impressive visual and technical condition. In recent years the car was only used sporadically on sunny days. For the rest of time it was kept in a garage of one of the most renowned classic car workshops. The cherry Fiat 125p is a ‘restomod’ kind of a project, despite being based on components from the period. Improved handling is its huge asset – the car still is a hoot to drive. 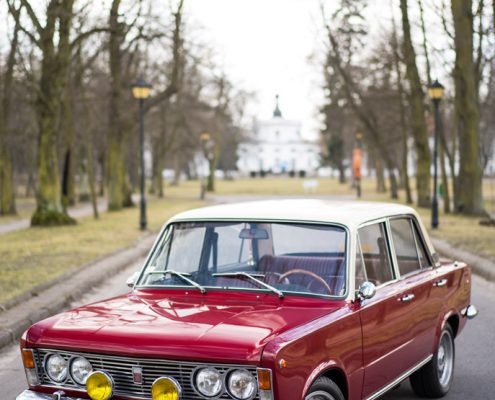 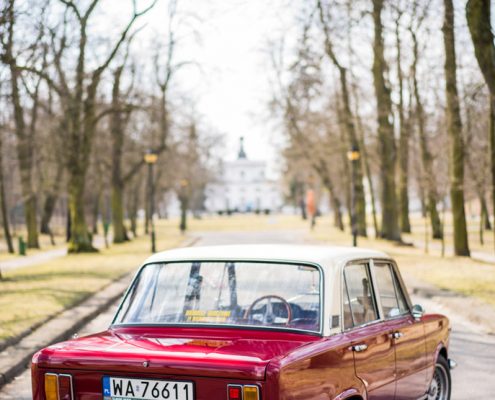 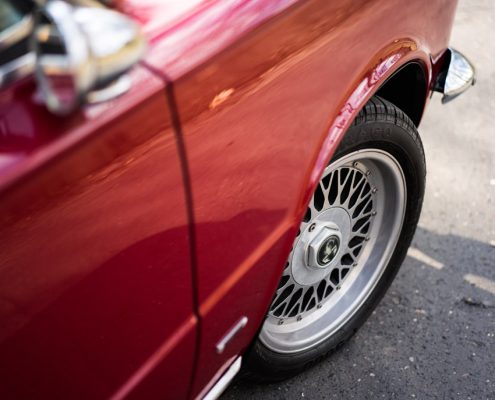 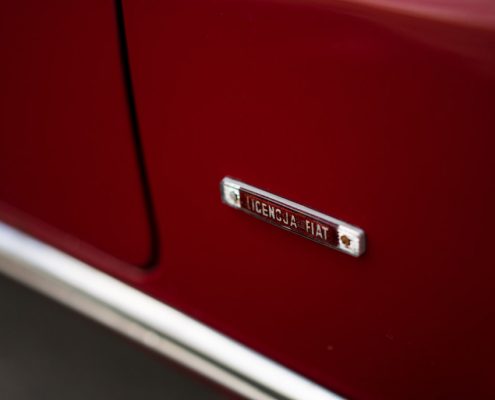 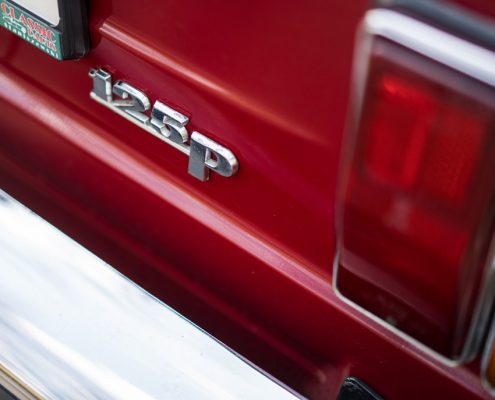 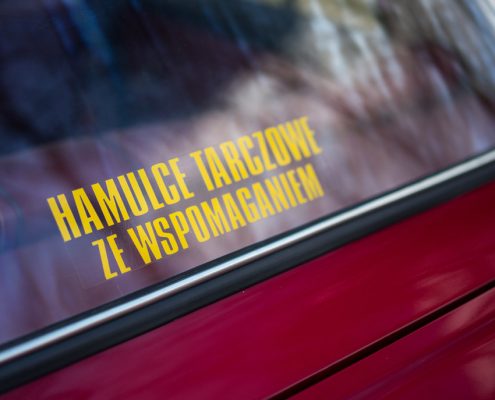 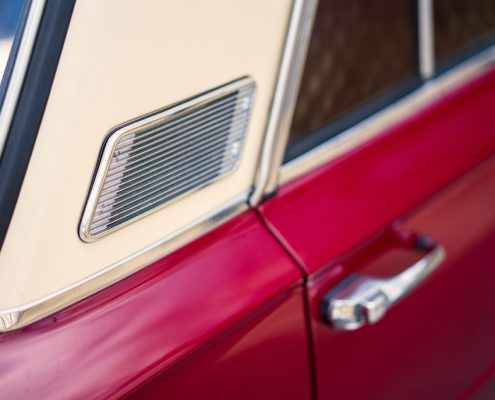 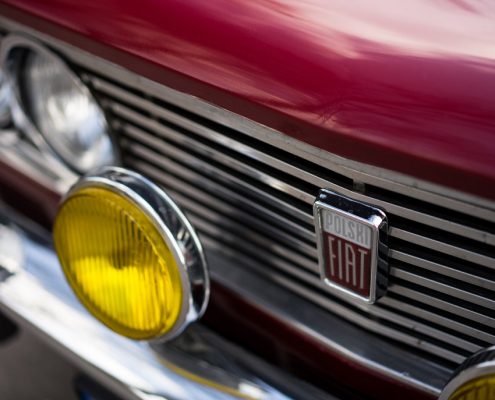 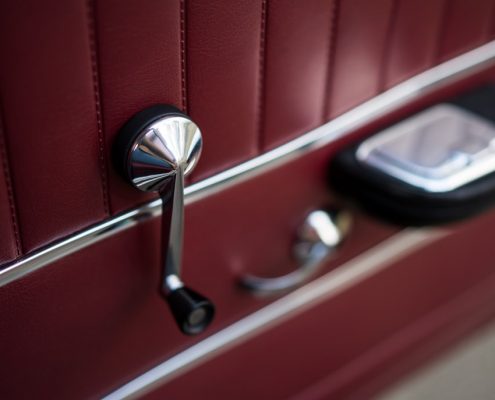 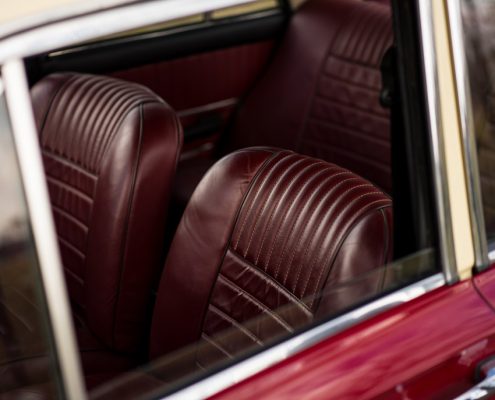 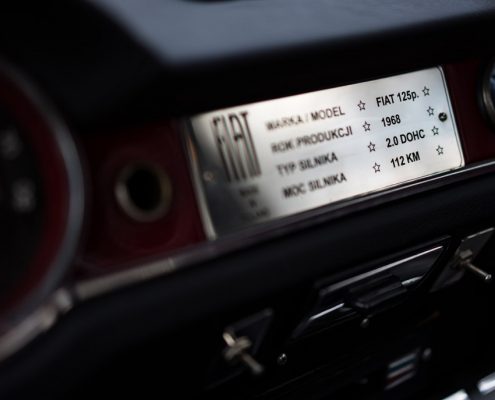 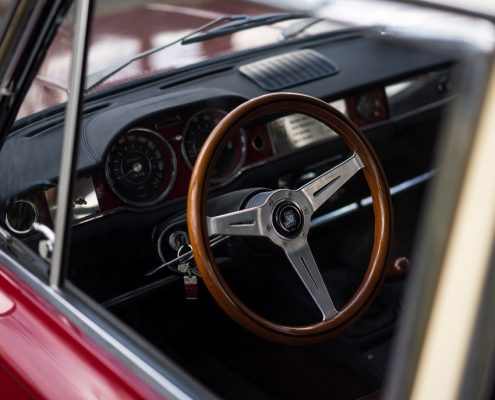 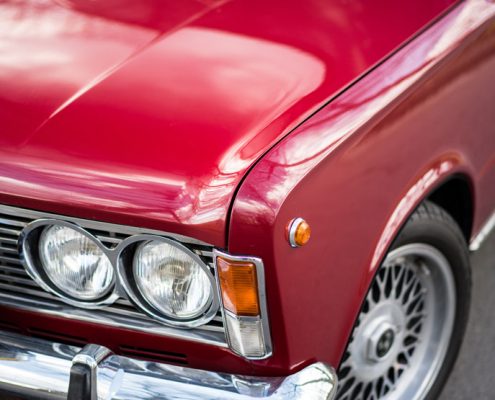 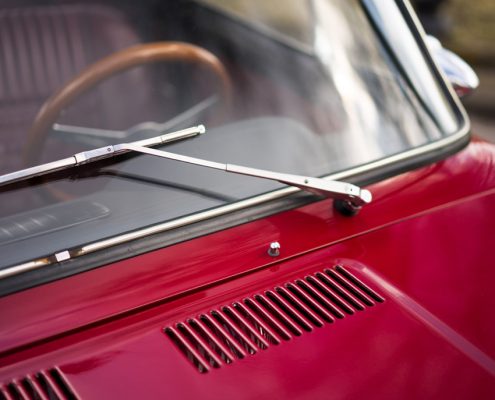 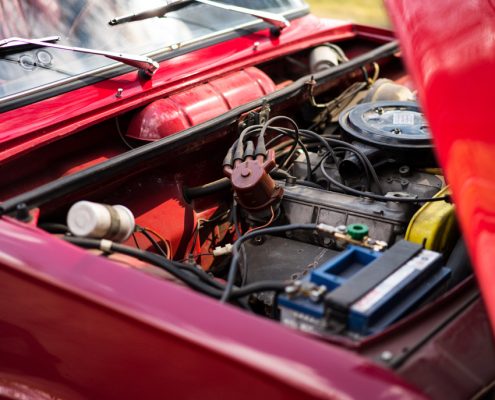