This particular example of the Ferrari GTB Turbo, which will be offered on the Rozalin 2016 Auction organised by the vintage and classic car auction house Ardor Auctions, is one of only 308 examples ever produced. It is equipped with convex wheels and ABS – only 44 examples in this specification were made. It’s the rarest variety of all the 328-based Ferraris ever manufactured. The car has only done 24 000 kilometers, its state of repair is excellent. It has a striking presence due to a classic combination of Rosso Corsa exterior and black interior. Virtually all of the body panels have original paint, while the interior looks like new. Neither leather, nor plastics show any visible signs of wear and tear.

This two-seater, mid-engined Ferrari is a variety of the 328 model, for which it is often mistaken. The main difference between it and its lesser cousin lies under the bonnet. The car in question is called Ferrari GTB Turbo and it’s propelled by relatively small, 2-litre V8 engine. By comparison, the 328 had a naturally-aspirated, 3,2-litre engine. Thanks to fitting it with a turbocharger, the smaller engine develops a staggering 254 BHP at 6500 revolutions per minute. Ferrari introduced a turbocharged version for tax reasons. According to Italian fiscal regulations, taxes imposed on car owners were calculated according to engine displacement, which meant that smaller engines were favoured. Performance of the GTB Turbo (0-100 km/h in 6,3 seconds and a top speed of 253 km/h) was close to that of the normally aspirated model. Apart from the GTB Turbo, a GTS Turbo version was also available. “GT” letters stood for “Gran Turismo”, B for “Berlinetta” (mid-engined coupe in Ferrari speak) and S for Spider (targa top). Differences between those varieties and the ordinary 328 are purely cosmetic apart from the engine. For example, engine cover looks slightly different and a tiny roof spoiler came as standard, whereas in the 328 it was an optional extra. 308 examples of the coupe and 828 examples of the Spider were manufactured between 1986 and 1989. GTB Turbo had no direct successor, as all the versions of the 348 which replaced it, had naturally aspirated engines.

The car in question is one of only 44 examples with factory-fitted anti-lock brakes. 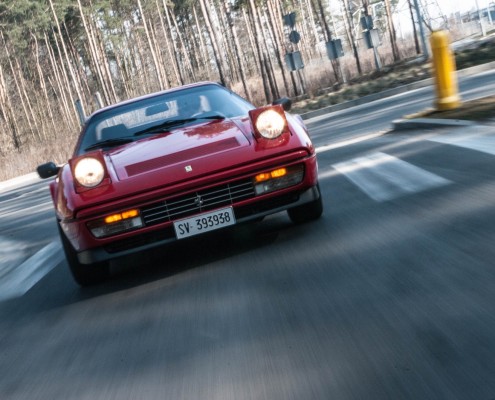 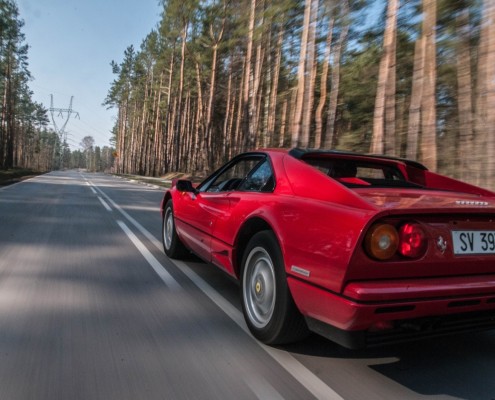 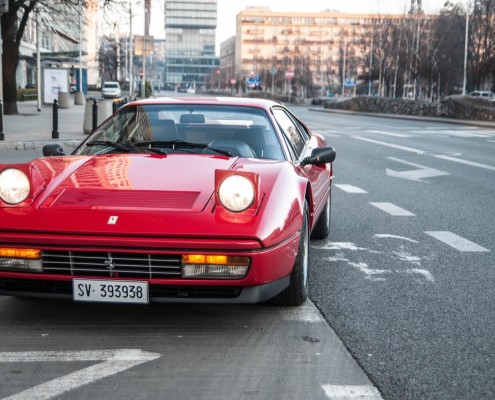 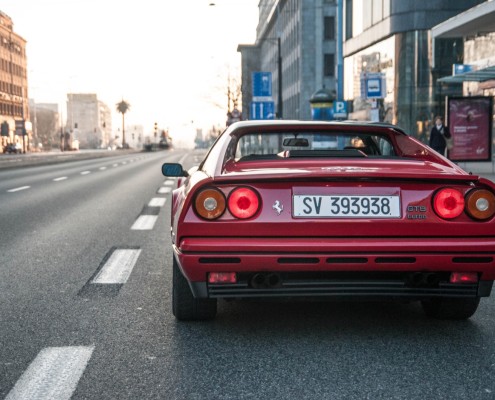 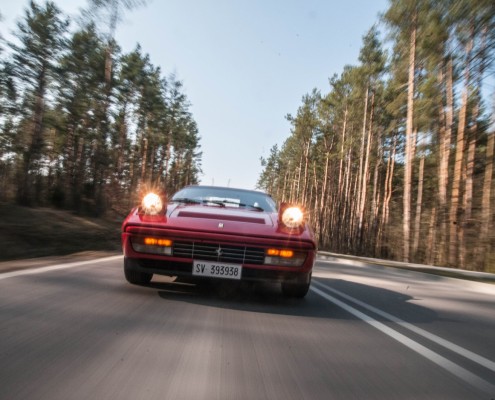 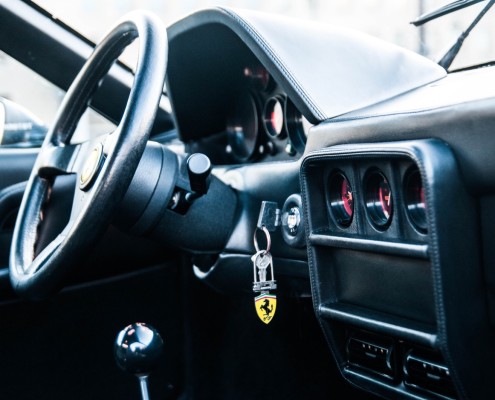 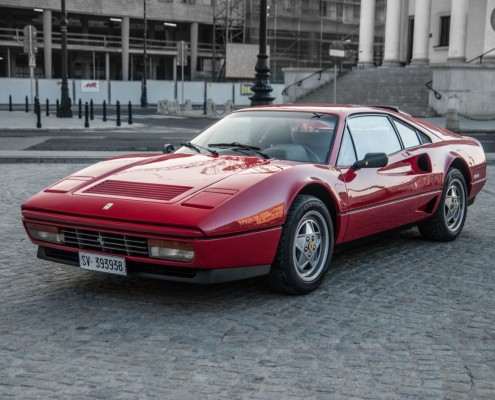 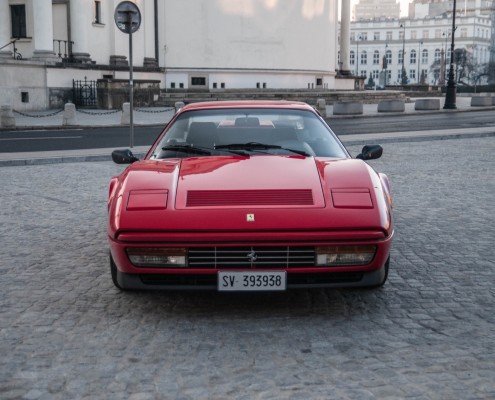 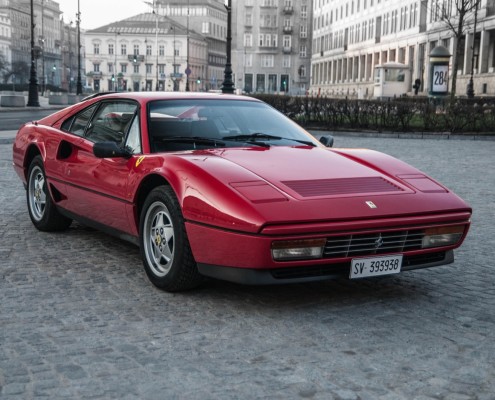 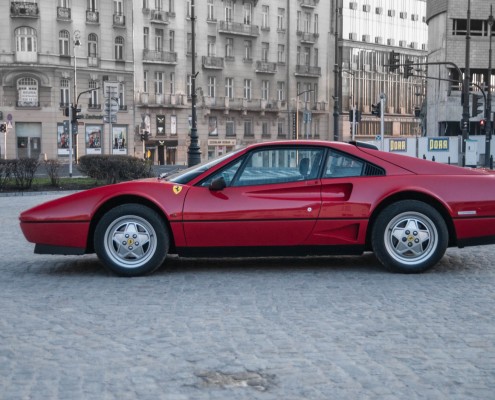 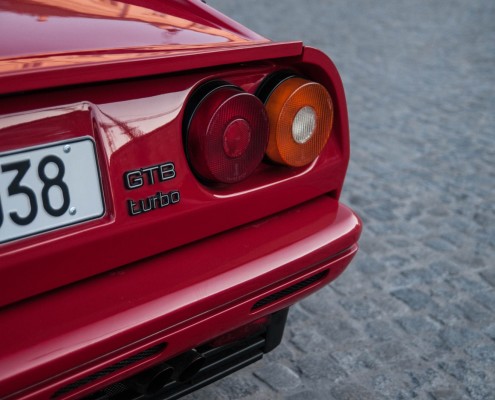 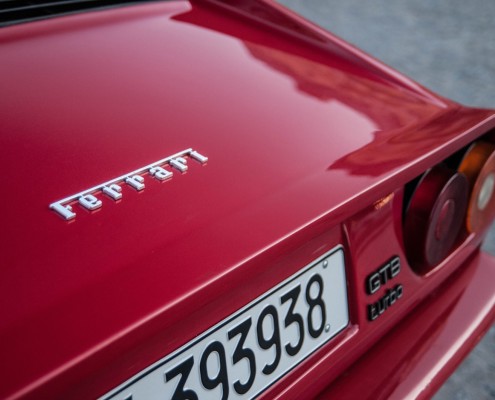 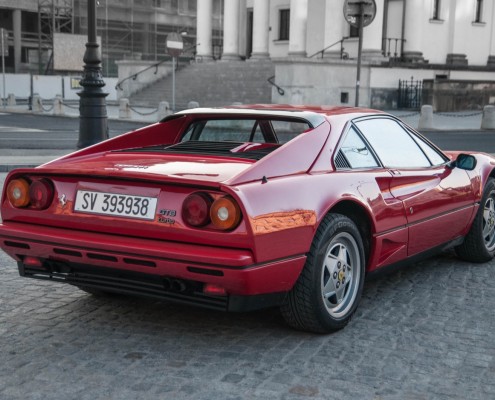 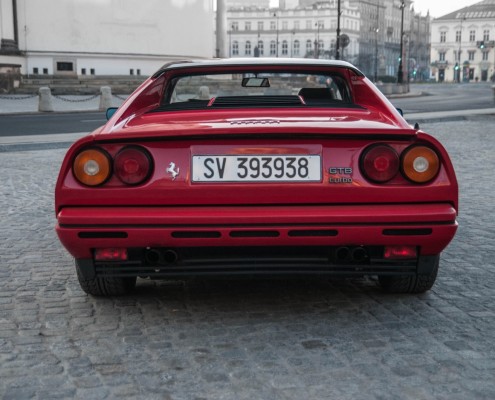 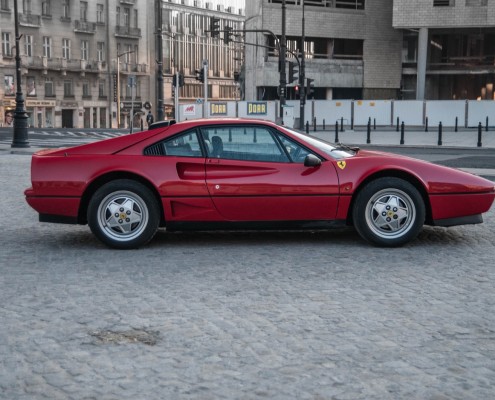 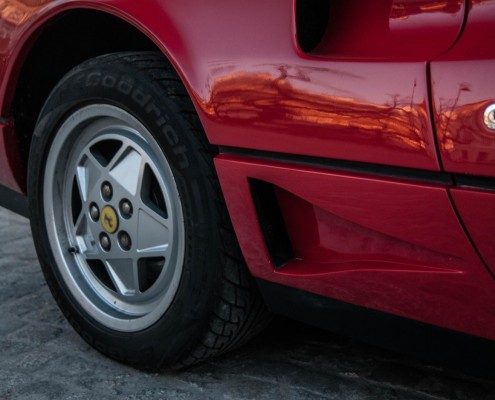 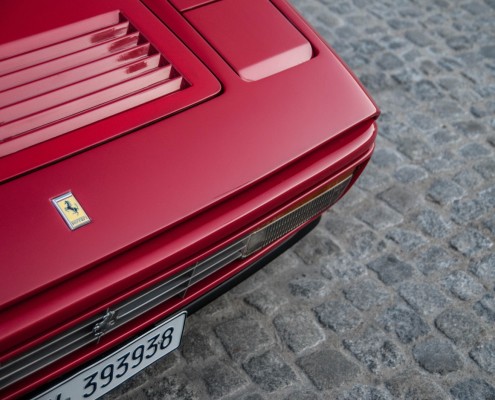 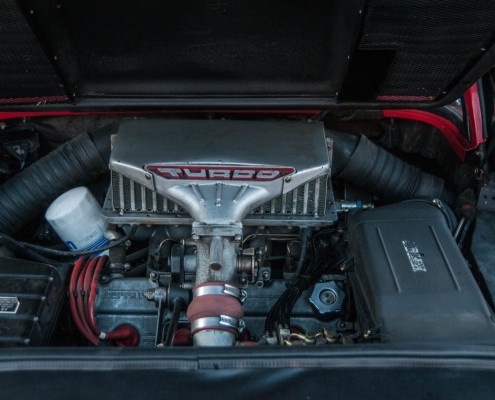 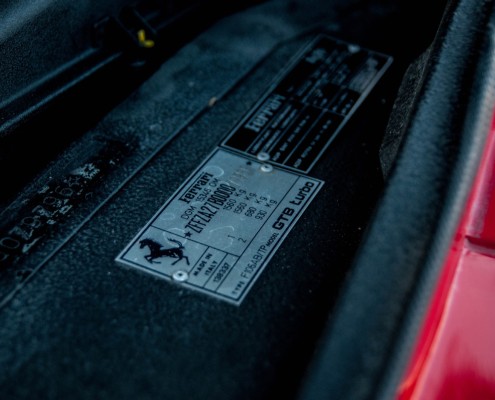 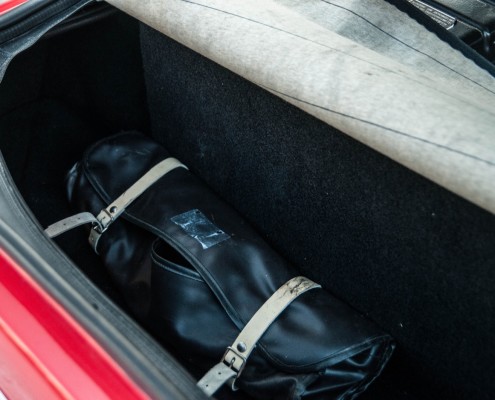 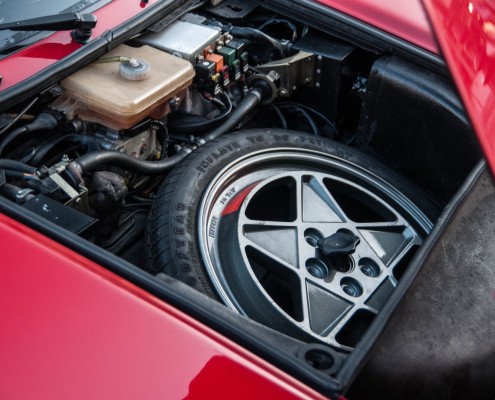 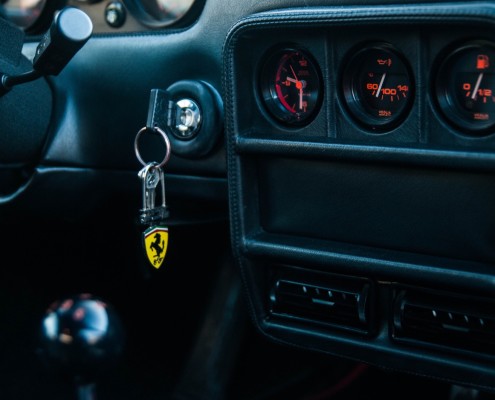 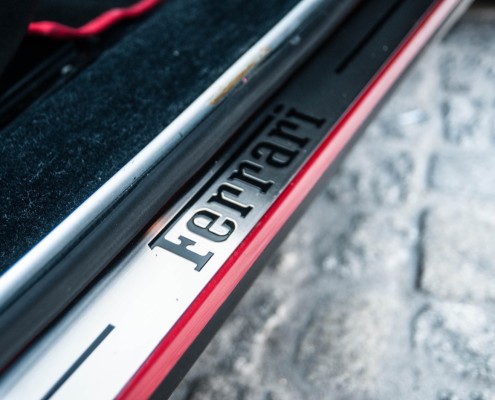 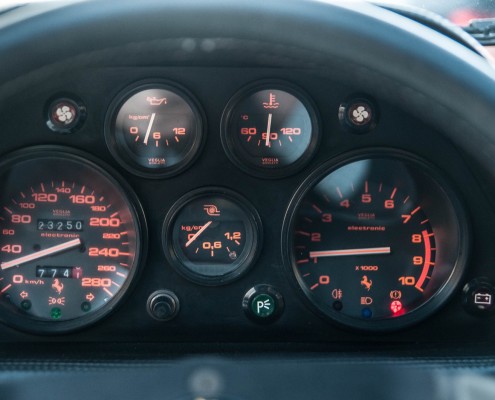 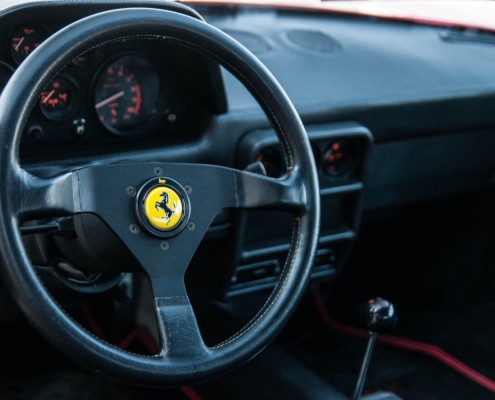 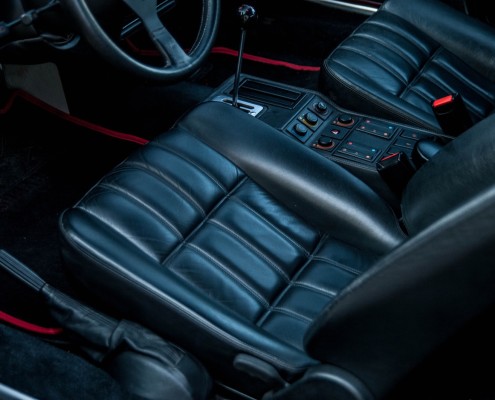 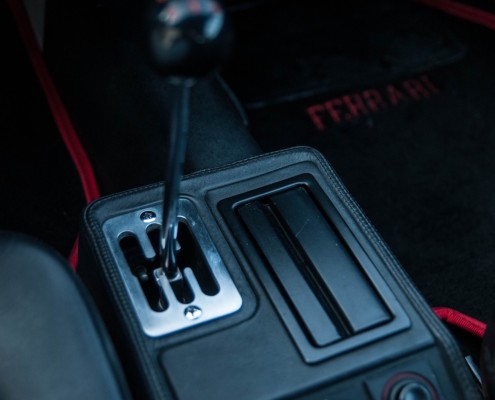 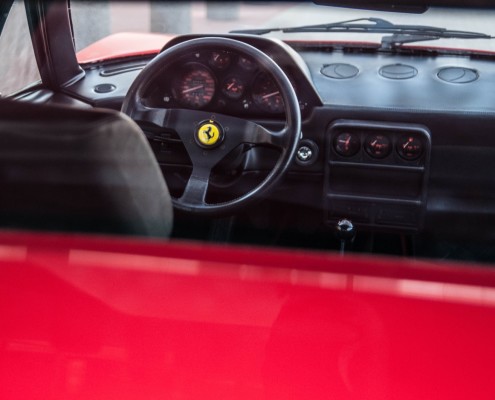 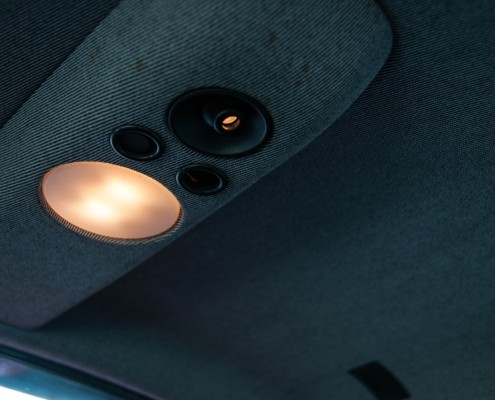